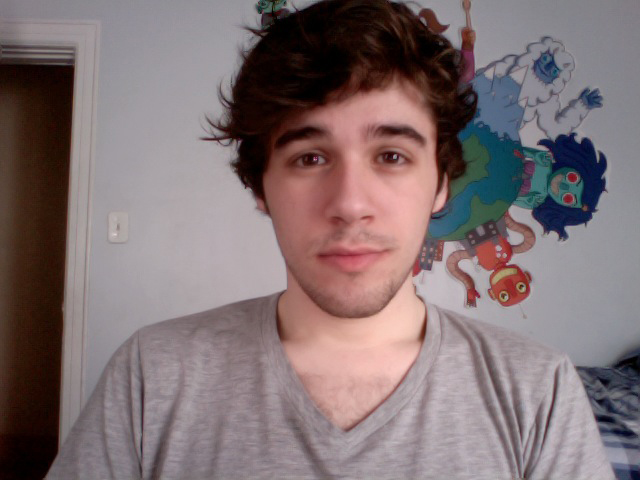 On an almost daily basis we get asked how we pick who we interview.  The answer is simple.  We attempt to interview people who we feel are contributing to the world around us.  Those individuals, for whatever reason, who make us feel better about ourselves, give us hope and make our lives just a little bit better.  More definitively, those individuals who, although we’re a little embarrassed to admit, we find ourselves absolutely intrigued.  Whether they’re reality stars like Lauren Conrad or the cast of RuPaul’s Drag Race, Chelsea Lately comediennes Sarah Colonna and Heather McDonald, DJ’s like Kaskade or YouTubers like Tyler Oakley and Joseph Birdsong, we have to know what magic they posses that makes them different than everyone else and makes them entertaining.  Don’t we all wish we had that juice flowing through our veins?

John Salomone just happens to be one of those people.  The star of his YouTube channel dudeneedsaeaseonup probably wouldn’t consider himself a star at all.  In fact, in looking back at his very first video, “John’s Intro”, we were surprised that he questioned the possibility for success on YouTube and he even stated he couldn’t imagine meeting people who wanted to me him because of his videos.  Five years later and he’s receiving 10,000 views a video, has over 60,000 subscribers and we’ve received tons of messages from his fans suggesting we interview him.  Maybe it’s because he’s undeniably cute or humble or humbly cute.   Or maybe its because he gives such incredible and relatable advice. as seen in his video “Be Yourself“, where he suggests, “If someone ever tries to change you for them…drop them! No friend should ever manipulate another friend into doing and being the person they want you to be.” Whatever the reason, we’ve been watching consistently for over the last year and we love him so much we wish he was one of our best friends!

We think we have it figured out.  We think we know what makes John Salomone irresistible to watch.  If you go back to his very first video and watch closely he tells us warns us, “I’m real, by the way.  I’m 100% authentic.” And he has proven this.  He is so absolutely genuine and comedic that we felt compelled to interview him and find out how he became so confident and been able to be himself and make no apologies. 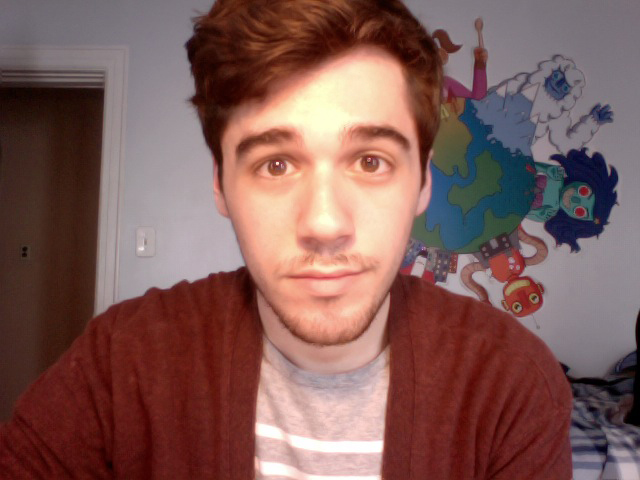 “No, I’m not wearing these pokemon badges ironically.”

2.    What are three things about you we wouldn’t know by looking at you?

3.    What inspired you to make your first YouTube video?

I was watching a lot of other videobloggers at the time and it seemed like something fun to do! These were first-generation vloggers; people like boh3m3, renetto, zipster08, filthywhore, lonelygirl15, and a bunch of others I can’t remember right now. I guess I just felt like I had something to say and back when I started in 2006 I didn’t have too many people in my life to say it to. Basically I wanted an excuse to talk to myself.

4.    Why do you think you have such a large following?

Sometimes I ask myself that question, especially when looking at how many people can’t even pronounce my username (and I don’t blame them). I think I’m just really good at talking and holding people’s attention. When I make a vlog I really feel like I’m speaking to an audience sitting in front of me and I think my viewers can sense that. 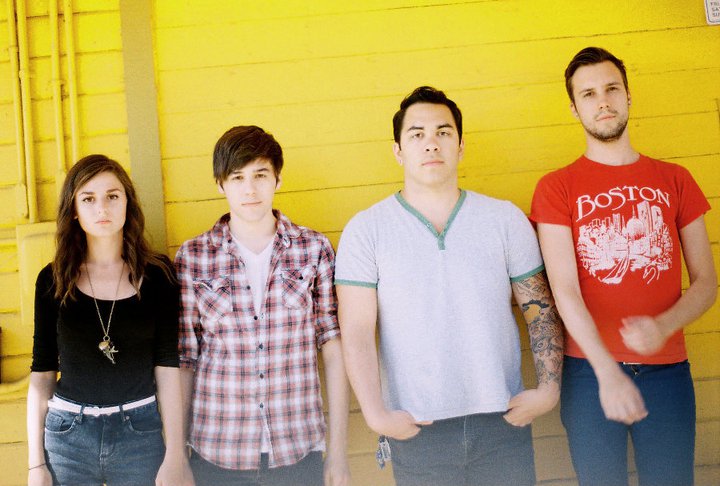 5.    What are three opportunities you’ve had as a result of your videos?

In 2008 me and 4 of my friends made a collab channel called VlogCandy and most of my opportunities have come as a result of that. We were invited to perform at Playlist Live in 2011 and did a live game show where we had people come up onstage and do trivia, improv, and even a physical challenge! The summer before that we held a VlogCandy “beach bash” and met a bunch of our subscribers in California where we played games, made s’mores, and sang by a campfire. It’s a huge highlight of my YouTube “career” because we met so many great people and had so much fun. I guess we always just wanted our subscribers to have fun and not have a normal gathering where people just awkwardly stand around signing things or a normal Q&A onstage because those can get really boring. We always wanted to keep our viewers entertained because we owed so much to them. I guess my last “opportunities” have been making friends all over the world and having an audience to share my artwork with. Without YouTube I don’t think too many people would know about my drawings, so it’s nice that it’s easier to get my work out there!

6.    Tell us about your art work and illustrations.

Was that not the perfect segue? I’ve been doing art my entire life and am currently focusing on illustration and pixel art, but I’m also really interested in photography and stop-motion animation. As a kid I always loved drawing comics, so my ultimate goal is to create my own graphic novel. I’ve always been drawn to monsters so they’re involved in a lot of my artwork. In fact, monsters are a main focus in both of my graphic novel ideas! I’m currently scripting out one of them and will hopefully have a lot of the artwork done by the end of the year.

7.    How does your artwork interact or affect your videos or vice versa?

I’ve had a few stop-motion animations on my channel (and my fave would be Stitched: http://www.youtube.com/watch?v=zLx3qsdcqsc ) and I’ve also experimented with combining animation with video : http://www.youtube.com/watch?feature=player_detailpage&v=Jif-EJB5v8g#t=129s ) Most importantly I was able to document my monster-themed art show at my school! (http://youtu.be/DCV5fZ7J73Y)

8.    Who are your three favorite YouTubers of all time?

9.    Do you think there is arrogance from the original YouTubers about being the first?

Well, I think there might be some kind of animosity there but it’s not because they’re the first, it’s because they were able to witness the drastic change youtube has made since the website started. I think the community is more divided over the way things used to be when the YOU in youtube was more important, and the way things are now, with tons of ads and commercialization. Everything on youtube now is about high production value and money and advertising and networking, which is perfectly fine if you’re into that, but a lot of people including myself are way more interested in the community and just doing videos for fun. 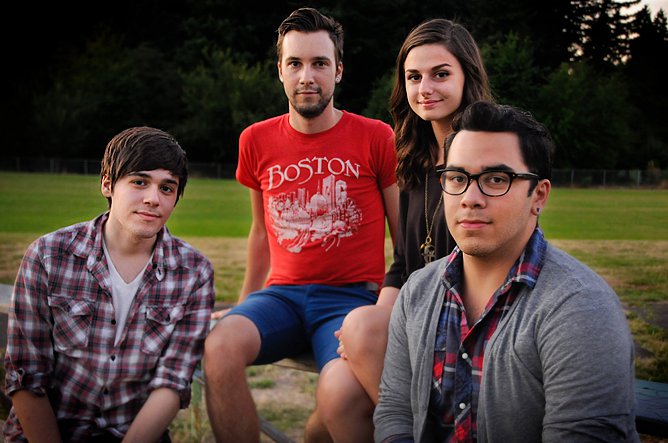 10.    How do you define sexy? What is the sexiest city? Song to have sex to? Song to kiss to? Sexiest YouTuber?

HA! You are speaking to the un-sexiest guy ever right here so I’m going to have fun with these questions:

-I think it’s a kind of attitude. There are people who I haven’t been attracted to physically but who I still thought were “sexy” because of the way they carried themselves. Confidence is super attractive.
-New York City (where I live), of course
-Pokemon battle music
-The Benny Hill theme
-Oh my god I can’t say that here! All of the dudes I end up liking tend to be youtubers I meet in real life. I seriously need to cut that out.

11.    If you could only listen to three CD’s for the rest of your life and they couldn’t be mixed what would they be?

-Electra Heart by Marina and the Diamonds, which I have been listening to almost every day for about 2 or 3 months now and have yet to get tired of it
-Would It Kill You? by Hellogoodbye, which is just really cute and folkie pop indie feeling
-Frengers by Mew, which is one of the first bands I ever fell in love with back when I was a freshman in high school and I still love EVERY track from that album

12.    What advice would you give someone wanting to make videos and gain some kind of following?

I’m the wrong person to ask because I firmly believe in making videos for fun, not for money or popularity. Unfortunately with how big YouTube has become there are some things you NEED to do to gain a following and it no longer relies entirely on video content, but I’m not going to talk about that stuff. My number one bit of advice is to make sure that no matter what you do YOU’RE HAVING FUN! Don’t get obsessed with numbers! Don’t count every single one of your subscribers! Don’t compare how many subs you and all your friends have! Don’t feel pressured to do something for popularity! Just make videos you enjoy making and I think it will be way more satisfying in the end. 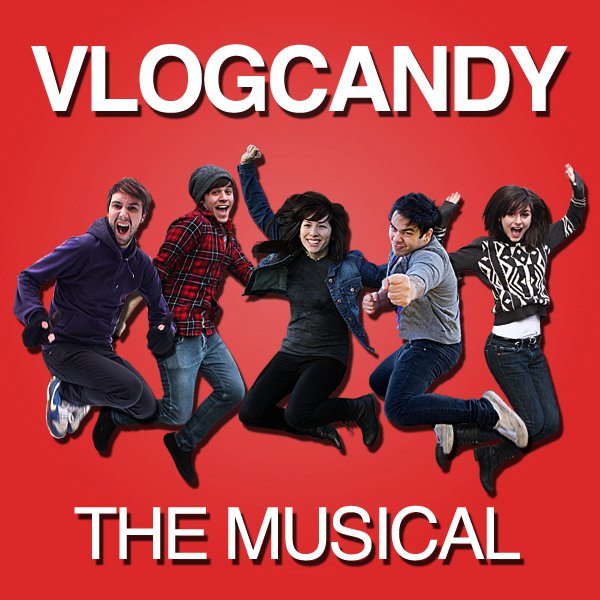 13.    Do you ever receive hate messages as a result of your videos and if so how do you respond?

Every now and then I’ll get a negative comment (my favorites are ones like “U R GAY”, which is simply factual and not offensive) and while in the past I would get pissed off and have arguments with people in the comments section I’ve learned to not really care anymore. It’s not always necessary to defend myself because 99% of the comments I get are positive ones, so why let just one or two jerks ruin my day? If I ever do respond I usually just try to troll them back, but it’s all in good fun.

14.    What are your five greatest weaknesses?

Murder Daniel Craig, EFF Adam Levine, and marry Darren Criss. Then I can do it with him for the rest of my life. Livin da dream~*

HAHAHA! You’re bringing my friends into this! Okay, fine. I think I’d murder Chris Crocker only because I don’t know him, EFF Tyler Oakley, and marry Joe~

17.     Are you currently in a relationship? If not, what’s your type and what’s important to you in a partner?

I am currently QUITE single. I don’t think I have a particular type physically but I think I’m realizing now that I just want somebody with a really positive attitude. I’ve been interested in the deep & brooding and pessimistic & cynical types before, and it gets exhausting after a while. I’m down for being sarcastic and making fun of each other and being serious every now and then, but overall I just want someone who smiles and laughs a lot

18.     Are YouTubers really able to make a living from just doing videos?

Absolutely! I’m not one of those people, but there’s a lot of youtubers who make a living off their videos who I really respect. If you get a big enough following and devote a LOT of time to it, it’s totally possible.

-Publish a graphic novel (or two…or three)
-Travel more
-Fall in love
-GET IN SHAPE (summer beach bod…2013? Ugh.)
-Be even more open about my sexual orientation on youtube (hopefully helping others in the process) and apologize to no one for it

Check out John’s videos and all his links on his YouTube channel dudeneedaeaseonup!

And check out our interviews with YouTubers Tyler Oakley, Joseph Birdsong, Will and RJ, Glozell, JohnnyBoy and Gregory Gorgeous!