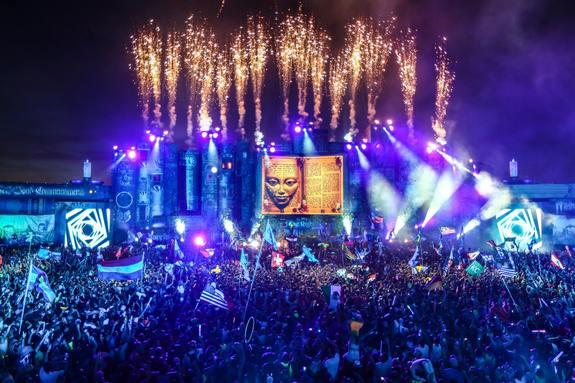 There really couldn’t be more love, respect, passion and praise for what was the most successful debut for any festival in 2013. Charged with an almost unimaginable task of replicating what sister event Tomorrowland does in Belgium, TomorrowWorld delivered on all fronts, endorsed by journalists, politicians, local authorities and most importantly the visitors!

Nestled within the vast and luscious landscape of Chattahoochee Hills in South Fulton County, Georgia during the last weekend of September and to a gathering of 140.000, TomorrowWorld unveiled the second chapter in the Book of Wisdom – one of the most stunning main stages ever constructed. An eclectic line-up of talent ranging from household names such as Tiësto, Armin van Buuren, David Guetta, Afrojack, Dimitri Vegas & Like Mike and Steve Aoki, to the up-and- coming stars of tomorrow all graced the eight uniquely designed stages. Over 75 countries were represented in the first festival of its scale to implement a 21 minimum age policy resulting in a festival atmosphere of friendship and joy like no other.

The producers of TomorrowWorld announced the dates for 2014. The second TomorrowWorld USA will take place once again in Chattahoochee Hills, Georgia on September 26th, 27th and 28th 2014, with DreamVille camping opening on Thursday 25th.

Pre-Registration for tickets will begin on Wednesday January 22, 2014

Check back for more info on TomorrowWorld as well as other music festivals in our Music section!