North Coast Music Festival has announced the lineup, venue change and dates for its 11th year. The fest will continue as Labor Day Weekend’s biggest party happening September 3-5, 2021 at newly renovated SeatGeek Stadium in Bridgeview, IL, with tickets going on sale Friday March 26th at 1pm cst. Coasties can get excited for some updates in 2021 including the return of three days of music and arts (the fest was two days in 2019), the addition of a fourth stage for artist-run record label takeovers, a large-scale investment in experiential and interactive art installations, and stages perfectly situated inside the SeatGeek Stadium, the well-ventilated full-field practice dome, and on the surrounding fields.

The lineup includes everything in the vast array of electronic music including heavy-hitters to emerging underground talent, DJs and live acts, with plenty of house, techno, bass and trance to satisfy any fan. A different notable artist or record label will curate the newly added fourth stage each day. Additional artists will be announced!

A word from North Coast:

With the challenges of 2020 behind us, and a promising 2021 fest season on the horizon, we’re excited to announce a new home at the recently renovated SeatGeek Stadium, in Bridgeview, IL. We’re thrilled for the various atmospheres the new stadium campus offers. The Main Stage will be inside the stadium, where fans can dance on the playing field or watch from the elevated grandstands. Another stage will be inside a massive air-conditioned, well ventilated, full-field soccer dome, with two more stages on the seven brand-new surrounding soccer turf fields.

North Coast organizers recognize the current hardships and uncertainty created by the covid pandemic with this statement to their fans, in which they include that full refunds or passes for 2022 will be available if the festival does not take place in 2021:

Pace Bus service offers a direct shuttle to the nearby CTA Orange Line, and there are multiple hotels nearby for convenient travel and lodging.

Preview of the festival grounds

Raannt can not be more excited for the return of festivals and for us to roam around the grounds of one of favorites – North Coast Music Festival! Are you all ready to celebrate the return of a healthy and inspiring festival world?! 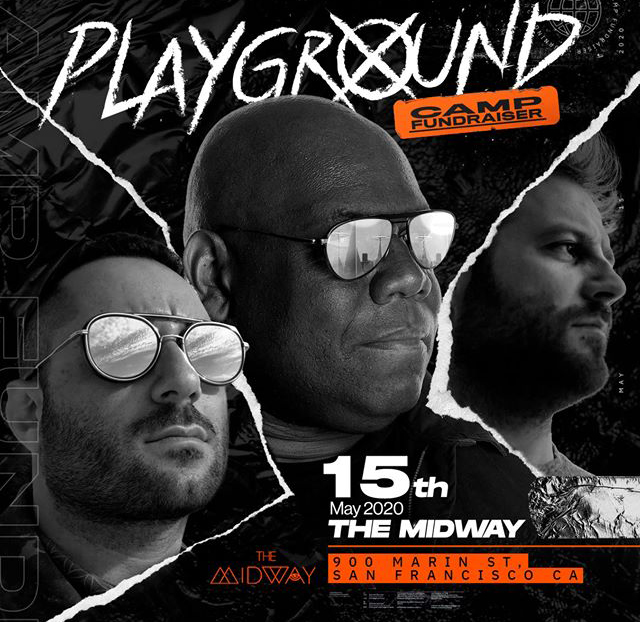 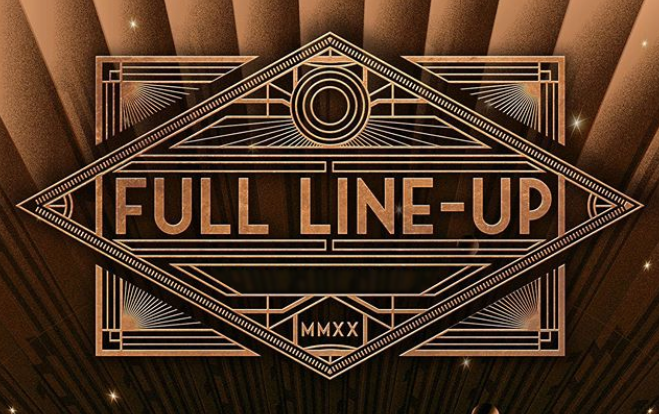 The wait is finally over! The Tomorrowland 2020 complete lineup is out!! Who are you excited to see? How do we feel about this years theme, The Reflection of Love?

The two weekend Belgium festival (July 17th – 19th & 24th – 26th) once again has gathered some of the biggest names in Electronic Music to take us on a journey one can’t ever forget. So get your passports ready, your glitter restock, your sunglasses purchased and your flags dry-cleaned, because Tomorrowland 2020 is going to be insane! Check out the full lineup by weekend & day below:

For tickets and travel options click HERE & for all things tomorrowland visit: tomorrowland.com 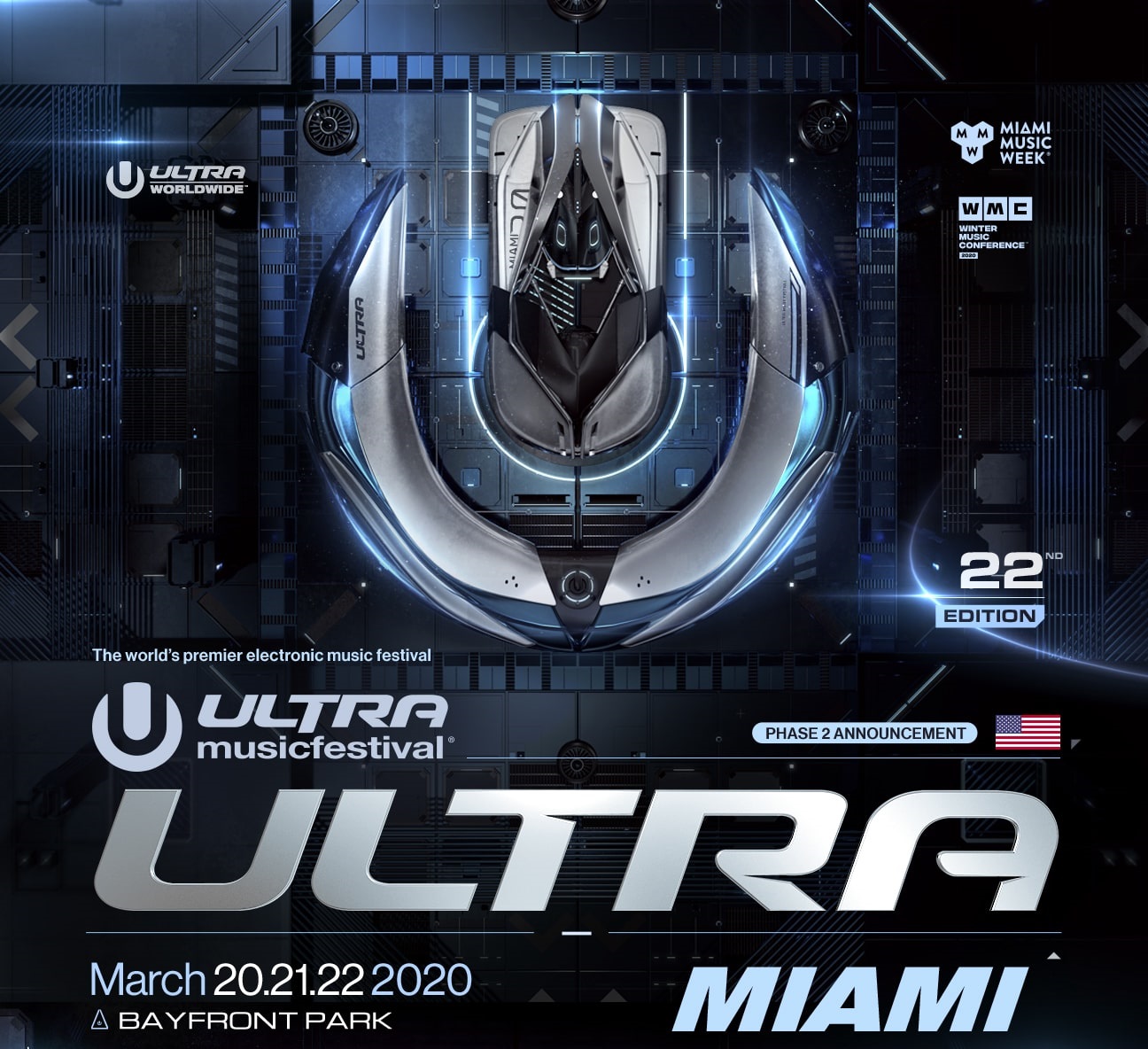 Get your cool shades (here are some really cool ones: www.smartbuyglasses.ca/designer-sunglasses/general/ ) ready because Ultra Music Festival will return to its longtime home at Bayfront Park March 20 – 22, 2020, with a stacked roster of talent from across the electronic music spectrum. Following last month’s highly-acclaimed RESISTANCE lineup reveal of artists including CamelPhat, Gorgon City, Eats Everything, and ANNA, the festival has added a multitude of performers to its already impressive lineup.

Headlining DJs also making their exclusive Miami Music Week performances include Kygo spinning a special sunset slot in his first Ultra set since his surprise 2017 appearance, and Parisian production cohorts Malaa and DJ Snake making their back-to-back festival debut in their first announced collaborative set of the year. Another headlining exclusive performance will come from KSHMR, who ascended DJ Mag’s Top 100 chart to the number 15 spot last fall, and will now reveal his KSHMR Presents Dharma experience for the first time ever, welcoming fans into his record label’s cinematic electro-house universe. Headlining Ultra veteran Oliver Heldens will return to showcase his bombastic, progressive beats, while hip-hop-meets-techno hybrid powerhouse Loco Dice will once again command the decks at the RESISTANCE stage.

Ultra will continue demonstrating its commitment to innovative bookings with special live performances from acts like underground purveyor Boys Noize, melodic bass juggernaut Ookay, and vocalist-producer sister duo Krewella in their first Ultra set since 2014. The festival will also host debut performances from the likes of Snails B2B Kill The Noise, Thomas Gold B2B Deniz Koyu, Bassjackers B2B Dr Phunk, Deorro, Ilan Bluestone, 1788-L and more. Psytrance duo Vini Vici will make their main stage debut following years of celebrated A State Of Trance performances, while Dash Berlin will make his first festival appearance since relaunching the moniker as a solo project last year. Hot on the heels of his Ultra Abu Dhabi debut, Nicky Romero will perform his progressive house magic at Ultra Miami, and after Sander Van Doorn debuted his Purple Haze alias at Ultra in 2017, his dark trance meets tough techno side project will once again take the festival stage.

The UMF Radio Stage will celebrate its tenth anniversary with the Gud Vibrations label making its takeover debut, while fan-favorites like Revealed Recordings and STMPD RCRDS once again curate their own talent takeovers. Carl Cox will also celebrate the landmark achievement of 20 years at Ultra Miami by hosting his iconic RESISTANCE Megastructure at Bayfront Park during all three festival days for the first time ever, while Armin Van Buuren’s A State Of Trance will celebrate its own decade milestone partnership with the festival. 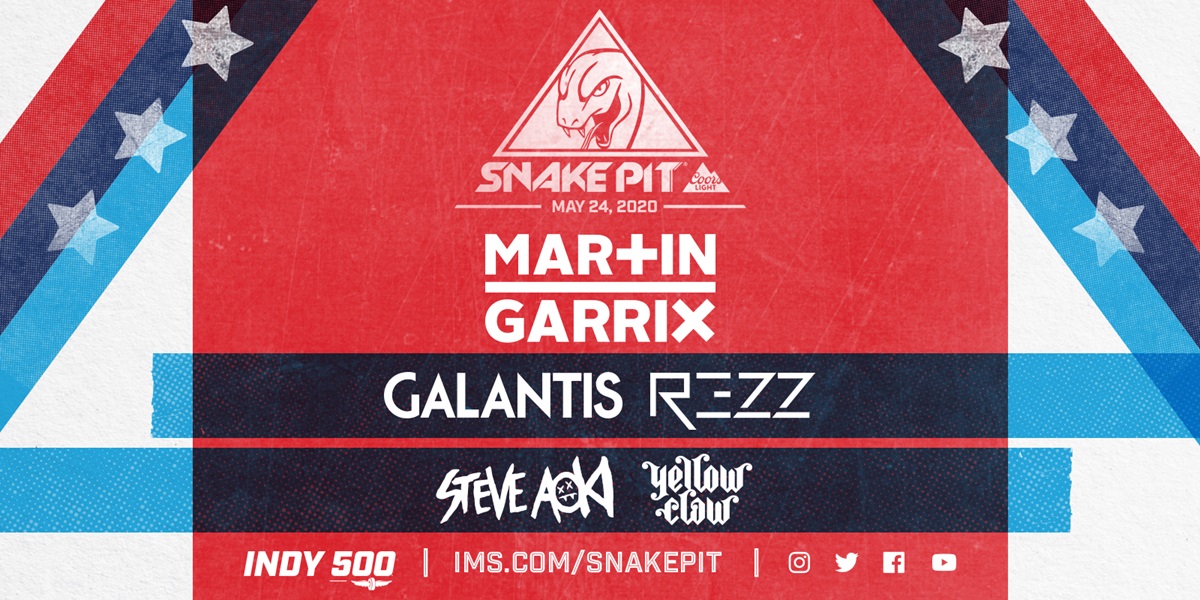 All this is missing is a bow!! Thank you Indianapolis Motor Speedway for the amazing holiday gift… the 2020 Indy 500 Snake Pit lineup! While race fans from all around the globe watch and cheer for their favorite drivers, electronic music fans will be experiencing a race of their own… One between the roaring sounds of the engines competing against the thumping sounds of the Snake Pit stage… the winner? Who will uproar the loudest.

The Indianapolis 500 race will provide its’ distinctive roar from its 33 race teams, while the Snake Pits’ punch will come from 5 electronic music acts! Yellow Claw, Steve Aoki, Rezz, and Galantis will hit the decks starting at 7am leading to a closing set by Martin Garrix.

Snake Pit concertgoers are encouraged to buy tickets now, as prices will increase in 2020. 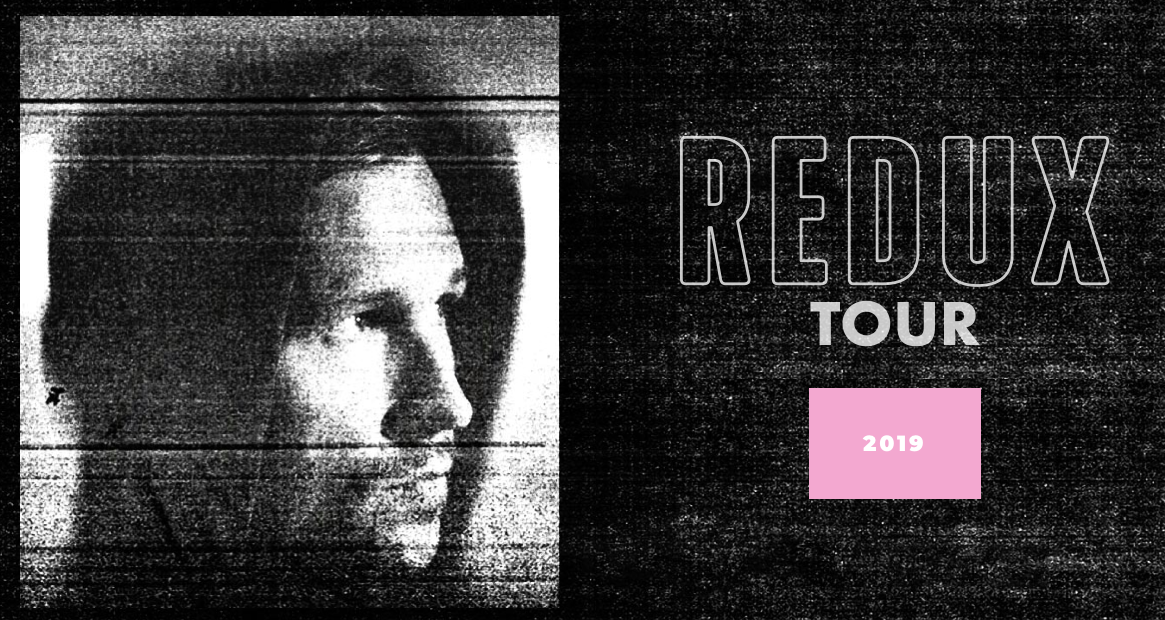 Kaskade just announced his REDUX 003 2019Tour!! Kaskade will be hitting 14 lucky cities, so hurry and get your tickets… we know they sale out faster than Kim Kardashian-West makeup! Sign up at KaskadeMusic.com for early access to tickets at the city of your choice.

By registering on our site, you’ll receive a text with a password to grant access to all ticket links for all cities an hour before the general public.

Following “Obsessions” and the announcement of his sophomore EP coming August 16th, house music prodigy Dillon Nathaniel has released the second track from the EP, “Mind Sensation” with the UK-based electronic duo Jack Beats today. The collaboration is a match made in dance floor heaven, with Nathaniel lending the track its house-y quality and skittering percussion, and Jack Beats bringing their signature hard-hitting elastic basslines and massive drops. Listen below: 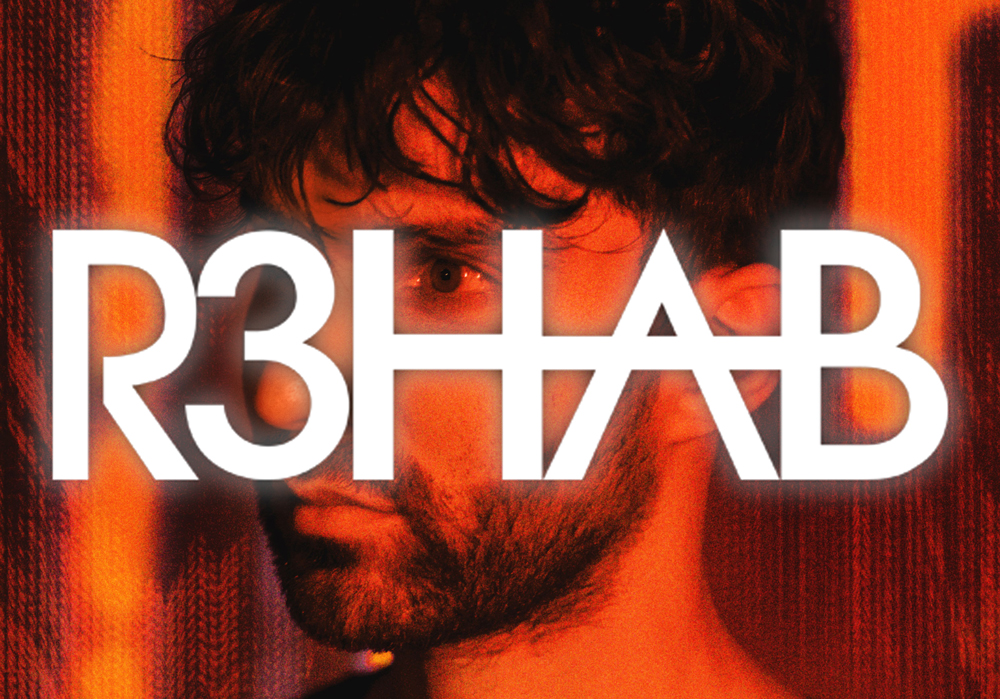 R3HAB continues this summer’s hot streak by teaming up with Israeli psytrance duo Vini Vici for “Alive” ft. Pangea & Dego, fusing two considerably different styles to make arguably one of the most unique and dancefloor-friendly sounds of the summer. “Alive” delivers both R3HAB’s meticulous and upbeat melodies and the driving, heavy-hitting pulse of Vini Vicis’s psytrance basslines. Topping it all off with inspiring vocals makes the new track a bonafide festival anthem, and after watching the accompanying music video, it’s clear that was the artists’ intention. Find out what else happens in the music video and prepare to “live like you’re never gonna die.” “Alive” follows R3HAB’s “Don’t Give Up On Me” with Julie Bergan, “This Is How We Party” with Icona Pop, and “All Around The World” with A Touch of Class, which has been added to Spotify’s biggest playlist “Today’s Top Hits” and is getting closer and closer to surpass 100M streams on the platform.  Listen here:

The track is incredibly fun and the music video is super creative. A perfect visual for shows this summer. Spotify it here: https://open.spotify.com/album/31x3K8q6G5M5Yu7sIN4rry 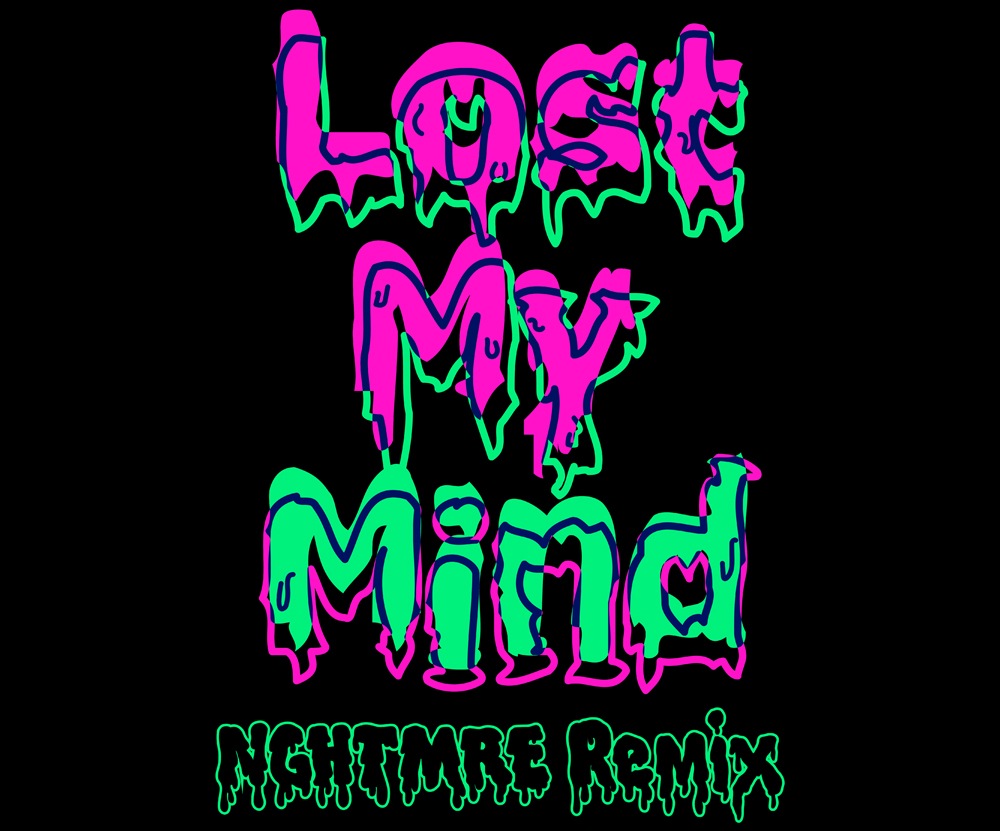 Three power houses of music collide and create an iconic track ideal for all forms of raging!

Dillon Francis and Alison Wonderland’s ethereal banger ‘Lost My Mind’ released earlier this year gets a bass driven remix by festival mainstay, NGHTMRE. This epic trifecta brings together some of the electronic scene’s most formidableartists, resulting in a hype tune guaranteed to be blasting through your speakers for the rest of the summer.

Check out the track here:

Play it, buy it, stream it on all your favorite platforms here: https://fanlink.to/NGHTMRELostMyMind 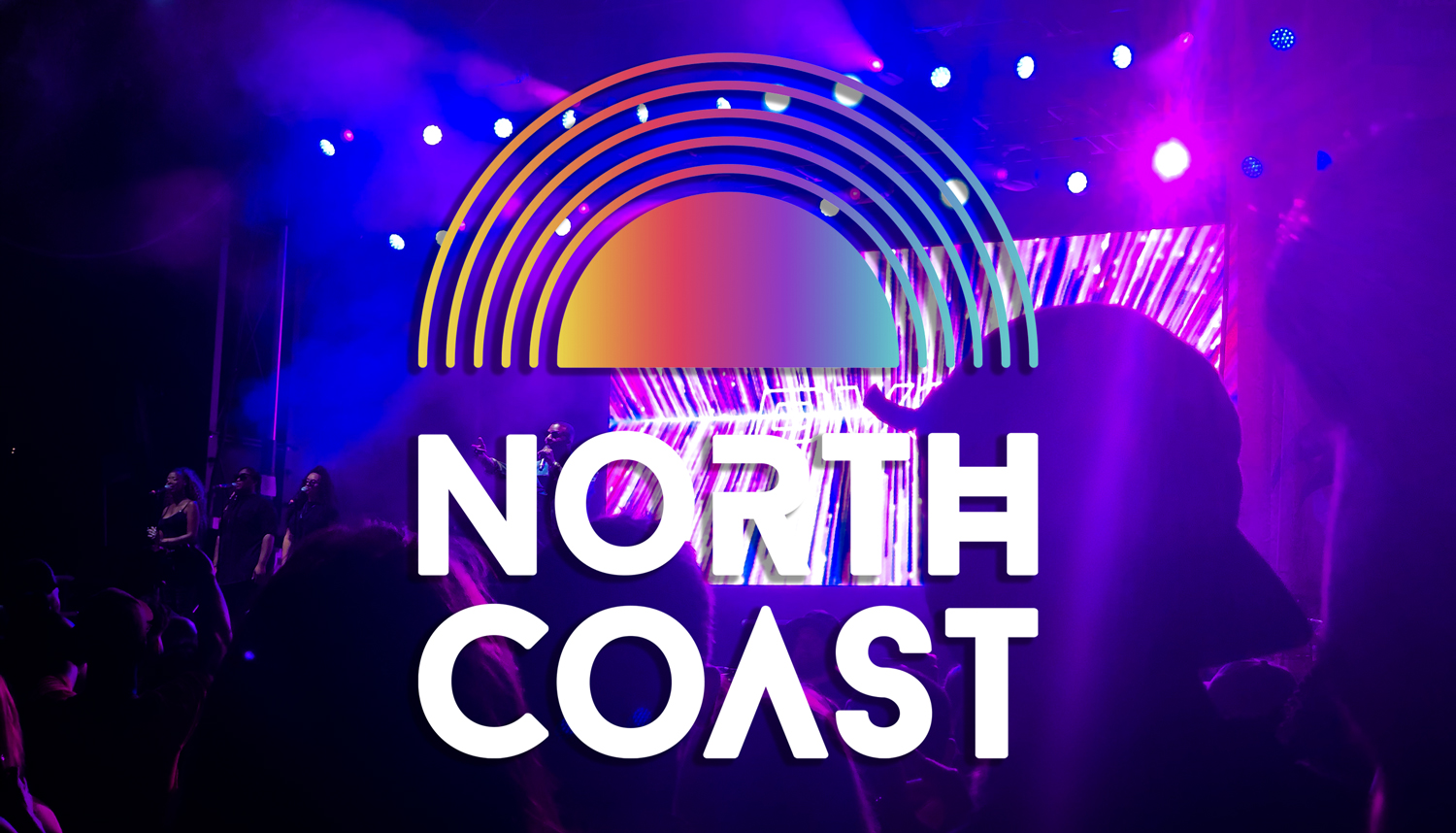 North Coast is celebrating turning 10 with a new location, new vibes, new look, AND I couldn’t be more excited. Over its decade, North Coast has shown the city of Chicago the perfect blend of music genres in one space. Not to mention that as the festival grew in popularity, it also grew in respect. The crowd, per my experience, loves and cares of each other and the city. As we approach the 10 year celebration of North Coast, here are the things you you need to know:

How To Get To North Coast Music Festival 2019:

New location, same means of getting there. NCMF provides detail information on how to get to their new location here. With the comfort of Chicago’s public transportation, coming and going will be incredibly convenient.

Other ways to get to the festival:

Bike: Guests riding their bikes to the venue will be able to chain their bikes at the Bike Corral, located on the corner of Solidarity Drive and Linn White Drive.

HAVE FUN!!! We’re celebrating 10 years of music and love. So grab your favorite people, throw on your festival gear on and dance!!