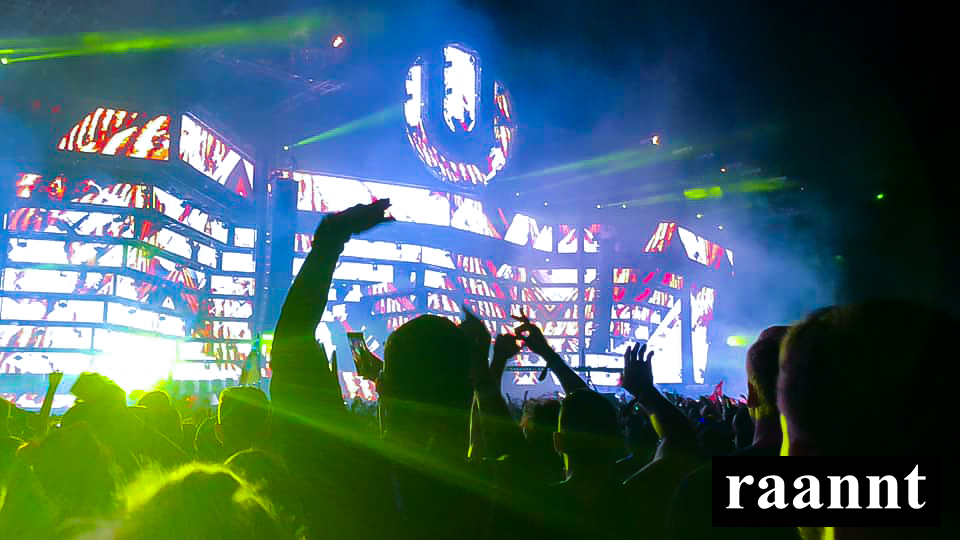 The 21st edition featured 8 unique stages, all meticulously curated in sound and production. The world-renowned Main Stage provided attendees with yet another year of unparalleled performances with Marshmello, Martin Garrix, and The Chainsmokers closing the festival each night. To add a new dimension to the already scenic Miami Marine Stadium, the Live Arena hosted visually stunning and immersive performances from headliners Galantis, Gigantic NGHTMRE, GRiZ, ILLENIUM, Louis The Child, ODESZA, and the legendary Tom Morello. Canadian mainstay deadmau5 brought his highly anticipated Cube 3.0 stage to life for its worldwide debut on Saturday. Before taking the production across the nation on his Cube 3.0 tour, the Canadian native gave ULTRA patrons and livestreamers a first look at the new and improved version of his classic ‘Cube’. Positioning the globally revered producer dead center with a 360-degree swivel, the stage is both undeniably arresting and visually encompassing. Fellow Canadian, Lights, took the stage with deadmau5 to perform ‘Raise Your Weapon’, and an instant classic, ‘Drama Free’.

UMF TV provided a livestream across the 3 days of the festival, inviting viewers to experience the new venue in the comfort of their own home. Commencing daily at 5:00PM EST, the livestream broadcast one-of-a-kind performances from ULTRA’s new home to 30 million viewers worldwide. Performances from the likes of Tiësto, Alesso, Dog Blood, deadmau5, Carl Cox, The Chainsmokers and Armin van Buuren were featured across the weekend, among many others.

ULTRA Music Festival once again featured a slew of unannounced surprises, with Armin van Buuren bringing out one of the weekend’s most intriguing guests, Van Halen frontman David Lee Roth. The two debuted a remix of the legendary rock band’s iconic song, ‘Jump’, which had the entire festival on their feet. NGHTMRE & Slander brought out NBA Hall of Fame member Shaquille O’Neal for nearly five minutes, in a fantasy back-to-back-to-back appearance. Martin Garrix filled the ‘TBA’ slot on his STMPD Records-hosted stage at UMF Radio on Sunday, Afrojack called upon Rae Sremmurd, and The Chainsmokers united alongside ILLENIUM to unveil their monstrous new collaboration.

ULTRA Music Festival’s new home on Virginia Key presented new and timely challenges to implement conscious environmental practices. ULTRA’s ecological commitments primarily focus on pollution prevention, nature preservation, waste reduction, community engagement, responsible resource strategies, and traffic mitigation. By minimizing any potential environmental impacts that may result from production, ULTRA will soon become an example for festivals around the world to follow. Following the festival’s conclusion, the Miami Seaquarium took to Twitter to commend the locations of the speakers and sound levels, reassuring concerned environmentalists of the safety of their animals post-event.

“Through its new sustainability initiatives, event organizers maintained the event grounds in good condition throughout the weekend.  All crews, patrons and volunteers observed the event’s Leave No Trace initiative by keeping dance floors clear throughout the event and even usingpocket ashtrays provided by organizers to reduce cigarette litter. Cleaning crews worked tirelessly through the night following each event day and to ensure that Historic Virginia Key Beach Park and most of the surrounding perimeter areas were clean by 5:00AM.” – ULTRA Music Festival

“The required environmental management and remediation plan, not required of any other music festival to occur at these locations, was prepared, finalized and delivered to the City of Miami on time on January 28, 2019. During the proceeding months, weeks, and days leading up to the event, Ultra Music Festival has stood tall and worked with Cardno to meet environmental requirements of their license agreement, including construction, deconstruction and during the event on March 29 – 31, 2019.” – Cardno

“At all times during the production, event organizers operated real time compliance monitoring for noise impacts at both festival sites and in the surrounding areas. In our experience, this is unprecedented for similar events.” –Trinity Consultants

With the City of Miami, City of Miami & Miami-Dade Police and Fire Rescue working tirelessly to make the event and its attendees as safe as possible, 36 arrests – albeit mostly preventative ones – were made over the weekend, making the event one of the safest editions to date.

With the conclusion of the 21st edition of Miami’s very own ULTRA Music Festival, the event has confirmed their return on March 27, 28, 29th, 2020.
**Pictures provided by Ultra Music Festival | Get in PR!