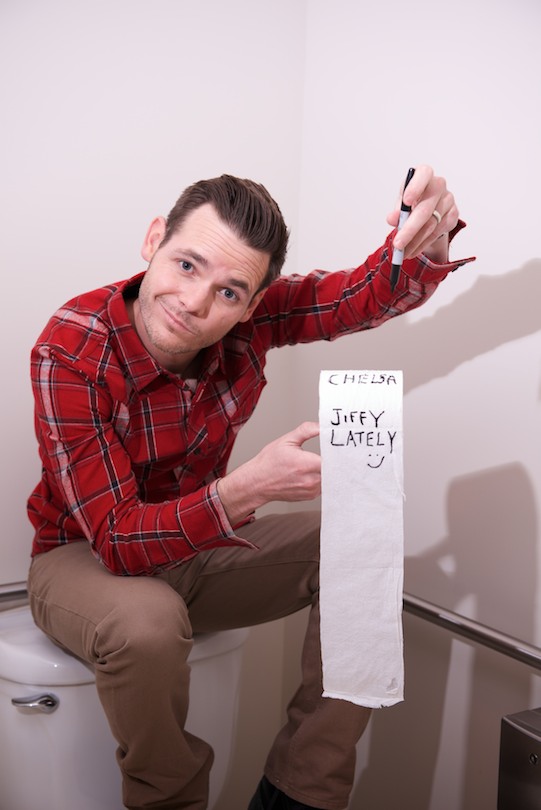 We love this guy! Regular Chelsea Lately Roundtable guest and writer, as well as cast member of After Lately, Jiffy Wild is one of the most recent editions to the group of late night comedians whose unremorseful humor has us bawling our eyes out, night after night. If you haven’t already encountered his uncontrollable wit and charm, check out what he had to tell us about the real Chelsea Handler, his cast mates and the sexiest place to kiss. 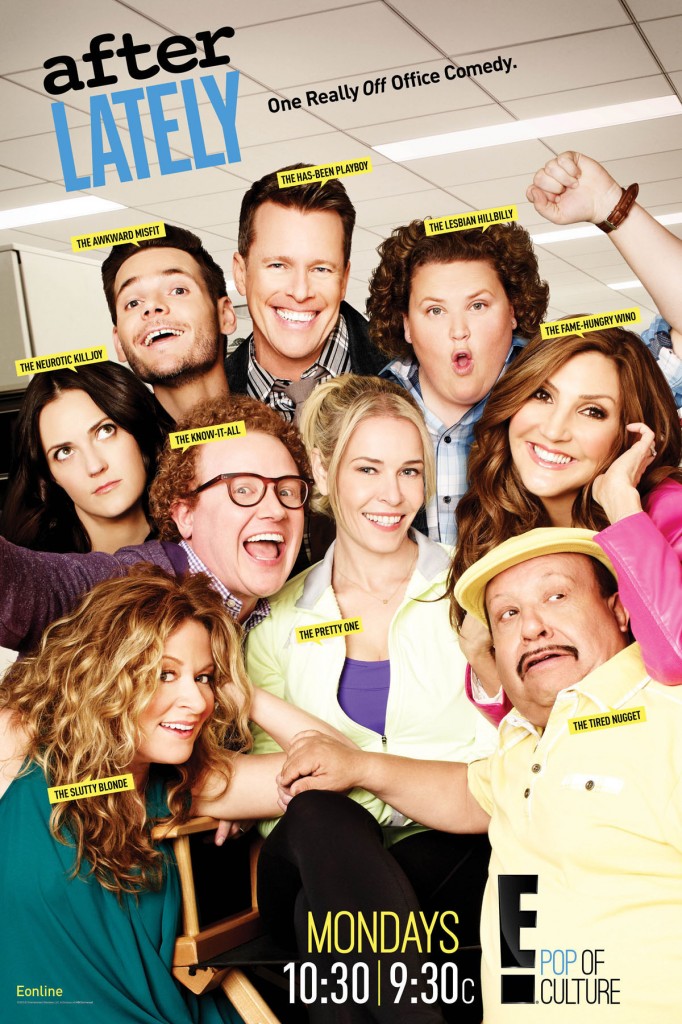 1. Introduce yourself in 7 words or less.

2. How is season 3 of After Lately different from the past two?

The first two seasons we really tested the boundaries between what felt too scripted and what was too much improv. So I think we found a healthy balance this season.  Everything’s scripted, and we stick to the story, but once you get into a scene and they call “action” it’s like all bets are off.  Chelsea could smack you in the face, and you’ll be like “wait that’s not written down anywhere…” But you just have to go with it.

3. What should we expect from the third season of After Lately?

Lots of guest stars – me doing a nude scene – awful people acting like assholes – it’s very high art.  But it’s incredibly funny and I’m so proud to be a part of it.  I just hope people see it.

4. If you could have your own spin off show, what would the title be and why?

Someday I’d love to do something with music and comedy.  I used to want to be a rock star. I was in bands my whole life, but failed miserably at it.  I guess I sucked. I do stand-up now, and I bring my guitar on stage with me and sing weird songs… it’s a work in progress.

5. Half of your cast, Sarah, Jen, Chuy and Heather, have published books.  Any chance we’ll see a book from you in the near future?

Books seem to drive everyone crazy.  I don’t know… I’d like to write one, but at the same time I’m like “who gives a shit about my life..?” And books seem like A TON of work, and I don’t know… I don’t think the juice is worth the squeeze.  But yes I’ll probably write one soon. 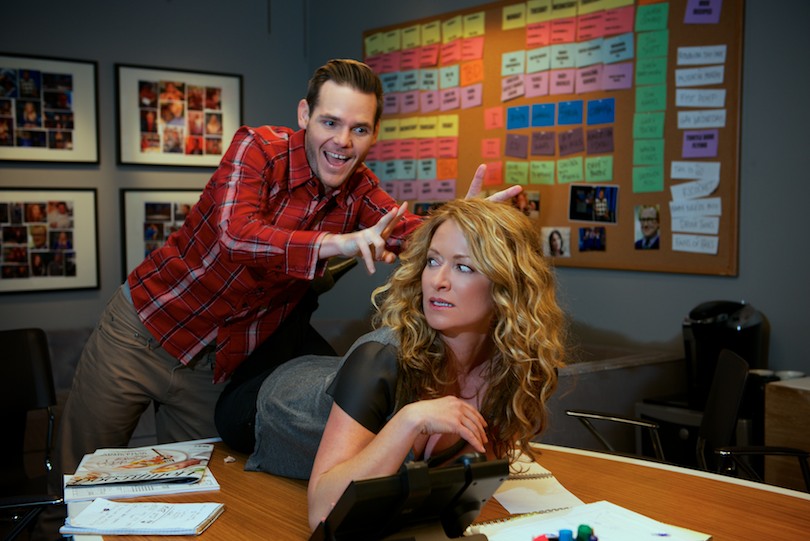 6. Let’s play fuck, marry, kill (out of these three names you have to pick who you’ll marry, fuck, and kill). Heather McDonald, Brad Wollack, and Chuy?

I’d fuck Heather because she’s a lady.  I’d marry Brad because he has the most money and he’d let me buy cool stuff, and I guess I’d kill Chuy because he’s the oldest.

I think someone who knows who they are is sexy.

8. What do you think is the sexist City? Hotel? Club?? Place to kiss?

9. Use one word to describe your After Lately cast mates:

10. What’s one thing we don’t know about Chelsea Handler?

When my son was born Chelsea started a college fund for him… and she even puts money in it every year on his birthday.  Crazy, right?   She didn’t go to college herself, but I guess she thinks my kid should…  And that’s just tip of the iceberg.  I have no idea how many college funds she’s set up… She’s so crazy generous it makes me dizzy sometimes.  And she never talks about it. 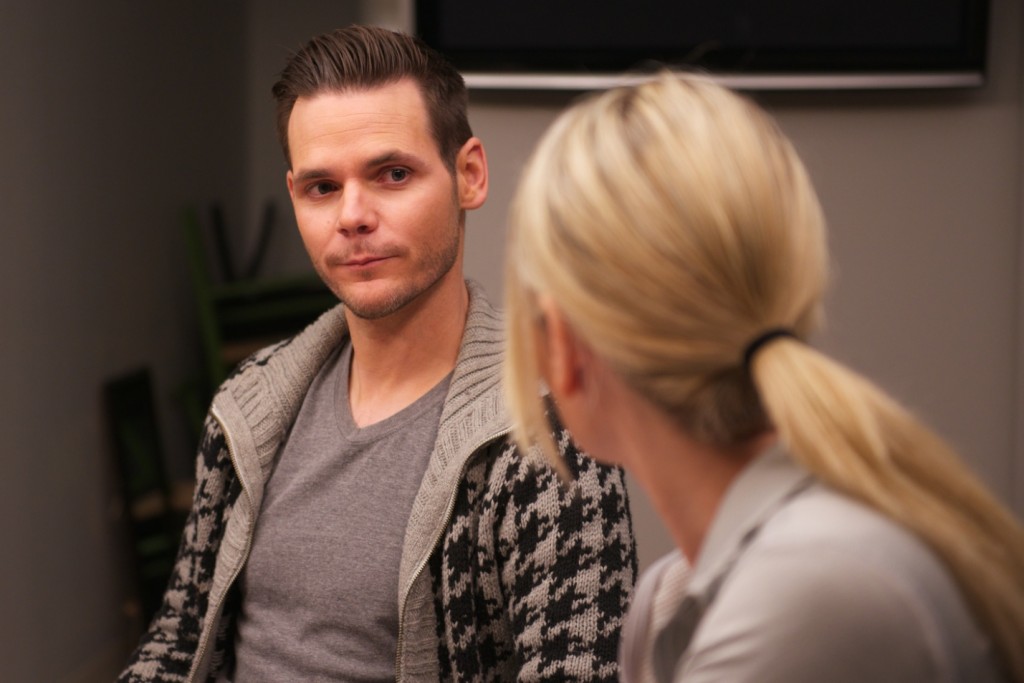 At this point, I’m teaching her how to walk in a mini-skirt and pumps.

12. What’s your life like outside of the lately walls?

I’m embarrassingly domestic.  I love planting flowers, going on walks, and playing with my son. He loves Angry Birds.  I just bought a piano, because I wanted to learn how to play, but also my wife and I wanted our son to watch me play and then he’d be interested in playing too.  But it backfired because he hates when I play. I’m learning Elton John’s “Your Song” right now, and every time I start the first verse “It’s a little bit funny…” He always screams “It’s NOT FUNNY!” I’m learning Beethoven and Satie now… I’ve become obsessed.

13. What advice would you give to an aspiring comedian trying to make it in the business?

Well I consider myself to be an aspiring comedian, so I don’t know… It feels weird giving advice when I’m just starting out myself.  But I think you just have to DO IT… My first gig, Josh Wolf, booked me opening up for him in front of 500 people in Vegas… I had literally done like 5 open mics and was petrified.  I had to fill 20 minutes.  I told him “What if I blow it, and totally bomb, and ruin your entire show?” And he was like “Nothing you do up there is going to change what I do after you, or how I do.  I’m going to be fine.  So don’t worry, just have fun…”  I think he was basically saying – dude you ARE going to bomb but it doesn’t matter because I’m going to crush and the people will leave happy.  And that’s basically what happened.

I’m doing more stand-up this year… I have another baby on the way.  I have a few ideas for other projects up my sleeve too. I kind of just go in the direction the wind takes me.  That sounds so hippy dippy.  But I really believe things started falling into place when I stopped trying to do things I wasn’t meant to do.  (ie being a rock star)  Quitting music was the hardest thing I had to come to terms with, but as soon as I did, this weird thing called comedy came into my life.

Check out our weekly interviews with reality stars, comedians, writers, musicians and other celebs in our Interview section!