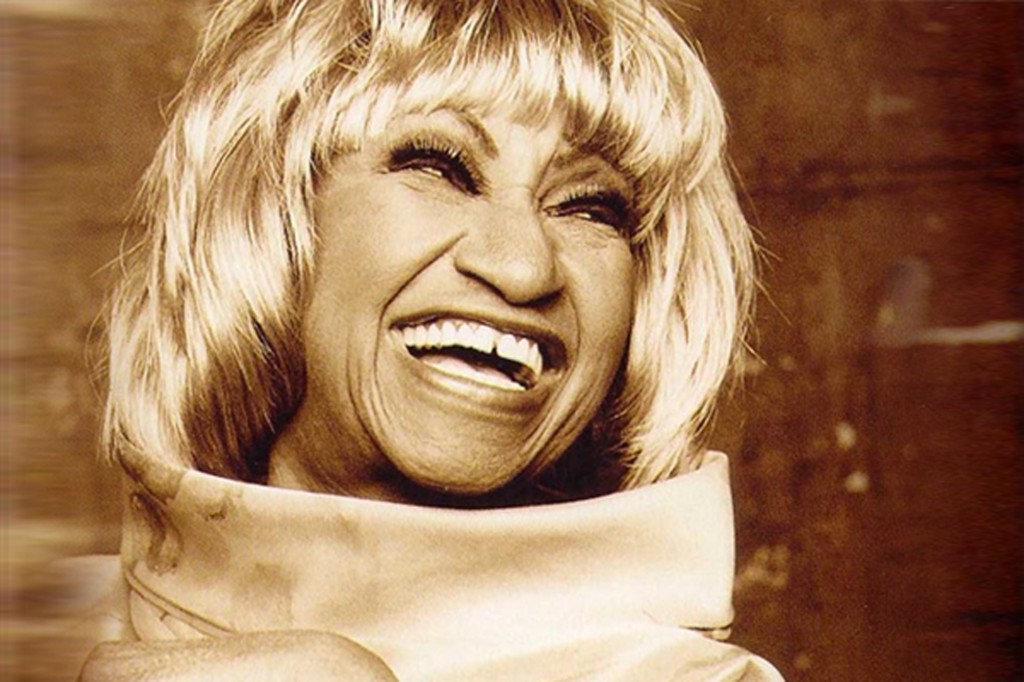 Celia Cruz’s La Negra Tiene Tumbao will forever be one of our favorite songs.  I remember the first time I heard it.  We had been dating for a few weeks when Alex asked me if I wanted to go salsa dancing with he and his cousin Mya.  This was long before my inception into Latino culture and I didn’t know anything about salsa dancing or Celia Cruz.  We went to this small bar which had salsa dancing one night a week.  It was absolutely packed.  All of the men had their hair slicked back and all of the women were extremely well dressed in sexy, tight dresses and heels.  When the DJ started playing the music he made an announcement that they were going to have a salsa contest.  Alex informed me that he and Mya were going to enter the contest and he thought it would give me a good chance to see real salsa dancing from serious dancers because most of the people who would enter would be much better than he and Mya…he couldn’t have been more wrong.

Maybe it was the thick accent of Tequila and cologne or maybe it was the intensity of the heat from the dance floor, but sensuality danced around that room and as soon as they hit the floor, I couldn’t take my eyes off of them. The song was Celia Cruz’s La Negra Tiene Tumbao.  I had never heard the song before, but by the words being mouthed from almost everyone else in the bar, it was a well known song.  I watched all of the dancers and their different styles move around the floor, but I couldn’t take my eyes off of Alex.  His cute butt moved quickly in his tight jeans and he spun Mya around and back again as they moved across the floor, so confident in their movement that it almost seemed like they were gliding on water.  In one quick glance, he looked over at me and winked.  I was in love.

Maybe because it’s the moment I realized I was in love with Alex or maybe it’s because the scene of that bar that night cemented in my heart forever a love of Latino culture, but I will never forget that song or how it felt that night to be standing in that bar.  I’ve learned a lot in the last four years that we, as white America, could learn from Latino culture.  They take pride in family, in appearance and in working hard.  They know the difference between working and having a good time; and trying to do both at the same time.  They teach their children at a young age the power of being friendly, thankful and pride in culture.  Alex told me later that he had been salsa dancing for so long that he couldn’t remember the first time that his mom started dancing with him. Since that time, I’ve seen tons of little kids at family gatherings salsa dancing much better than I will ever dance.

They didn’t win the contest, but they should have.  It doesn’t matter though, because every time I hear this song…I’m reminded of that love and all that I’ve learned from so many wonderful people in the last few years.  Enjoy…besos!

Check out all of our daily music picks and reviews in our Music Section!

Please follow us for moment by moment thoughts and antics!