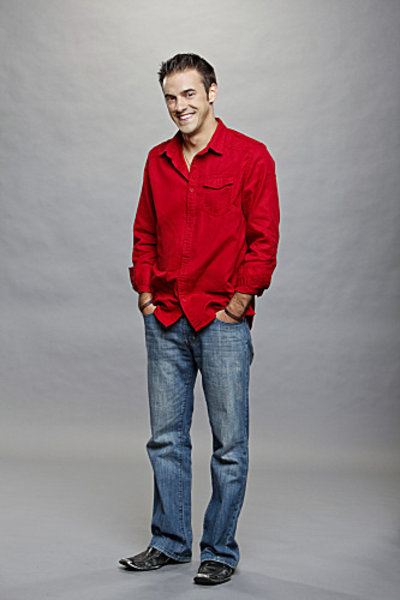 You literally had to see it to believe it, but there is now NO DOUBT…This season is the BEST season of Big Brother ever and Dan is the BEST player in Big Brother history.  Strangely enough, until tonight, we didn’t even like him.  And maybe we still don’t…but he’s one hell of a player. (We would like to not that we thought it was incredibly touching when he was in the storeroom and said that his three favorite things in life were his wife, family and “playing this game”! Amen brother! Here’s what happened…

Britney had the entire POV competition all figured out.  Dan and Danielle needed to throw the competition and let either she or Shane win, thus ensuring that the Quack Pack was still secure.  What she didn’t know was that minutes before, Jenn went to Frank and told him that she was going to play with him and that he “wasn’t alone”.  We’ve been waiting all summer for this girl to make a move and when she finally did…she made the boldest move of the summer.  During the POV competition, Frank was trying to help Britney with an answer and he was disqualified.  With Dan grinning ear to ear, Jenn realized she needed to win the POV competition, which she did.  (During the competition, Dan was awarded 24 hours in a Dance Marathon sequester while Frank was awarded several ridiculous punishments including a carrot suit, chum shower and the inability to participate in the next HOH competition.)

Immediately following the competition, Dan was sequestered.  When he came out 24 hours later, he acted very strange and called everyone into a meeting where he hosted “Dan’s Funeral”.  He said he no longer wanted to play the game and just wanted to spend his last moments in the house having fun.  He addressed each player and everyone was crying, including us.  At the end, he told Danielle he would never trust her again in the game and that he knew what she did.

Then Dan went and talked to Frank and concocted a scheme where Jenn would take him off of the block, replace him with Britney, get rid of her and Frank, Dan, Danielle and Jenn would sail into the final four with Frank and Dan being the final two.

During the POV ceremony, Ian didn’t use his power of veto.  Jenn stated she was using her POV to remove Dan.  This might have been one of the greatest moments in Big Brother history as Britney and Ian, looking completely confused and upset, were informed by Frank of the mastermind plan to get back at Ian for getting Boogie out and that since he couldn’t put Ian on the chopping block, Britney was going up instead…as his closest alliance.  It…was…classic! Completely unexpected!

To think all of this happened in just 24 hours in the house??? Imagine what will happen in the next 24 hours before the eviction ceremony.  Needless to say, Britney will go home.  But…we’re very interested to see how Jenn plays the rest of the game.  When talking to Frank initially, she said that she was looking at the players and if you just moved a few people around you would get a completely different outcome.  We’ve known for awhile she was really smart, we thought she just hadn’t had the opportunity to make a play.  Well…she finally did; maybe one of the boldest moves in Big Brother history catapulting Dan’s plan into action probably making him the greatest Big Brother player ever!

We are so excited about the rest of the season we can hardly wait.  Follow us and check out all of our commentary and stay tuned for our reviews of Survivor Philipines starting on September 19th!