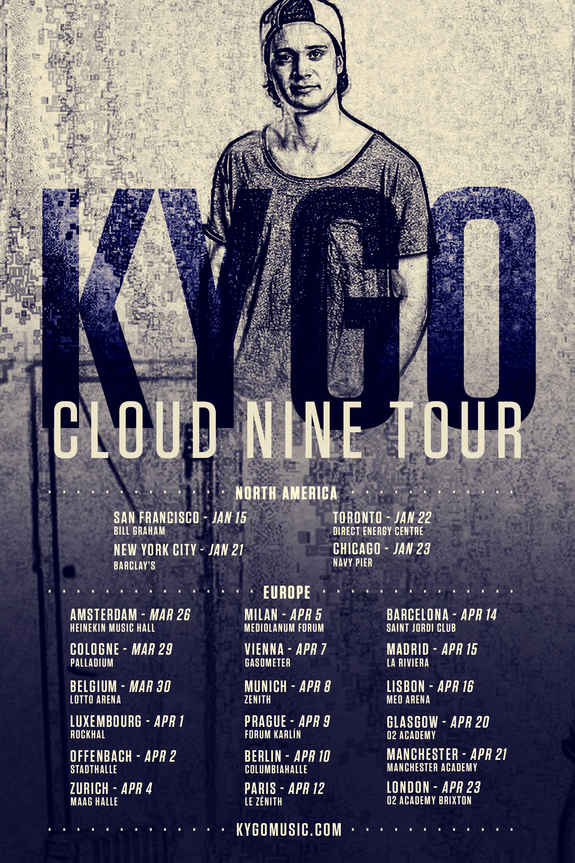 Hold on to your pants folks because Kygo is going on tour!! The face of tropical house music just announced that he will be taking his set around the globe in 2016. Tickets will go on sale Friday December 12th and can be purchased here. In true Kygo nature, the shows will be magically unpredictable and filled with unreal beats, including his latest single ‘Stay’ featuring Maty Noyes: