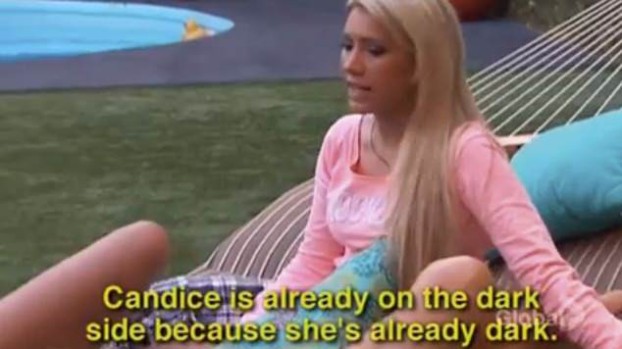 Is it 1950?  Did we miss something? News all over the internet about abortion reform and immigration reform all while television stations seem to be taking racism into their own hands.  Last week, Big Brother aired racially offensive and homophobic remarks made by house guest’s Aaryn, GinaMarie and Spencer.  Outside of the house, these house guests lives are already being affected by their comments, yet CBS has taken no stand to evict these “guests”.  Maybe we need to redefine the word “house guest” Even Julie Chen, host of Big Brother, made a statement that she had been offended by these comments.

At the same time, Oakland TV station KTVU released racially offensive names of the Korean pilots involved in the Asiana plane crash last week, which had been confirmed by an intern.  If you haven’t seen this, check it out below.

Fortunately, the intern been removed but the Korean airline Asiana is still suing over the remarks…and rightfully so.

And we definitely won’t comment on our feelings of Zimmerman’s innocent verdict…needless to say, all of this makes us very, very sad.

Maybe Big Brother should take this as a sign, evict Aaryn, GinaMarie and Spencer and replace them with new players.  It might not be popular…but it would be the right thing to do.  And that’s a luxury we have these days.

Hate is not a classy or beautiful accessory!

Let us know what you think and leave your comment below.

Be yourself.  Be Fearless.  Be Your Own Unexpected Luxury.