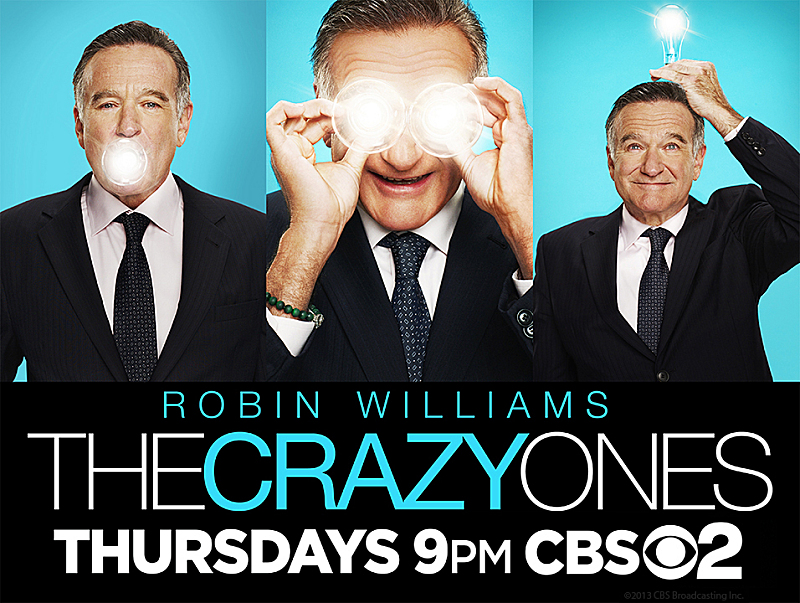 “Pilot” – Simon, Robin Williams, must pull out all the stops and convince Grammy Award winner Kelly Clarkson to record a new twist on a classic advertising jingle for their biggest client, on the series premiere of THE CRAZY ONES, Thursday, Sept. 26 (9:01-9:31 PM, ET/PT) on the CBS Television Network. 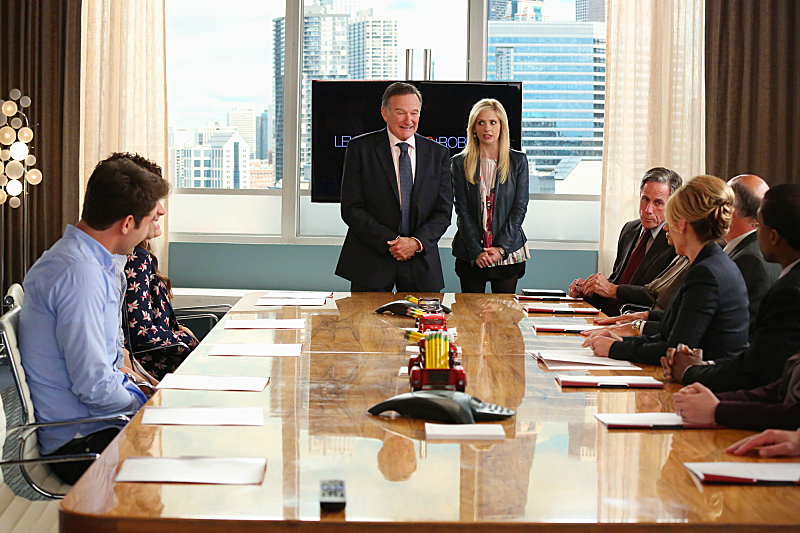 Academy Award winner Robin Williams returns to series television in THE CRAZY ONES, a single-camera workplace comedy about a larger-than-life advertising genius whose unorthodox methods and unpredictable behavior would get him fired… if he weren’t the boss.  Simon Roberts is the head of a powerful agency with the biggest clients and brands in the world, but even more important to him is having his daughter Sydney by his side. As his partner, Sydney is Simon’s exact opposite – focused, organized and eager to make a name for herself, but also too busy parenting her father, which she’d resent if he wasn’t so brilliant at what he does.  Joining them in the firm are the dashing and talented Zach, art director Andrew, who’s as hard-working as he is neurotic, and the beautiful and deceptively smart assistant Lauren.  With his team and his daughter behind him, Simon continues to set the advertising world on fire, and it looks like they are definitely buying what these crazy ones are selling. 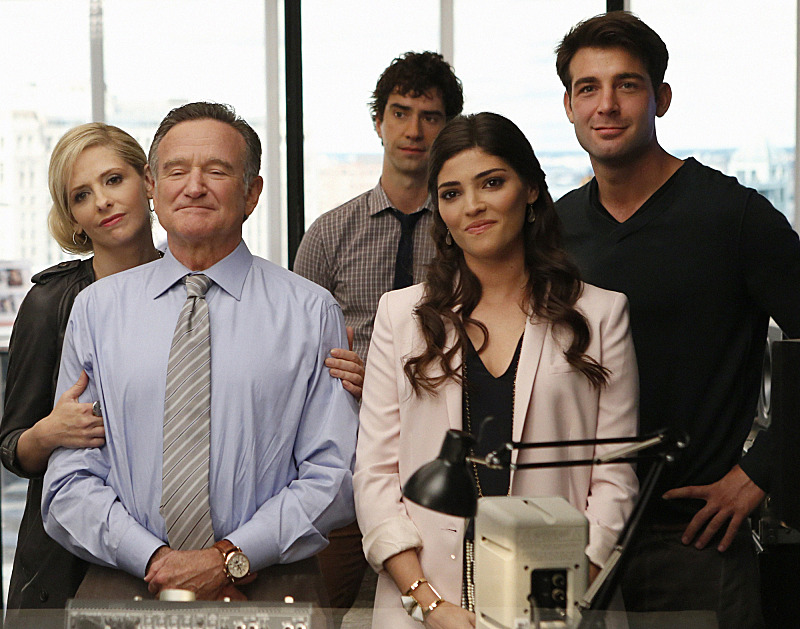 Check out the trailer:

The Crazy Ones premieres Thursday, September 26th at 9/8c on CBS #TheCrazyOnes

Check back daily for more entertainment and the full line-up of new shows for this fall each day in our TV section!

Please follow us for up to the minute news and gossip!