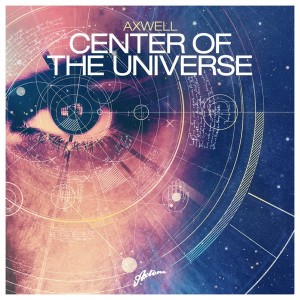 Straight from the Press Release:

the end of August, for one lucky contestant and a friend to be part of his first

CET with the man himself! Axwell will join fans for an hour long question and

use the official hashtag #AXWELLCHAT in their questions.

On Saturday August 31st, Axwell’s long-standing partnership with Carlsberg will be

home town of Stockholm, for Sweden’s biggest outdoor event this summer and for the

largest ever Where’s The Party? concept show to date!

history will be fellow countrymen and Axtone label favourites NO_ID, who will be

set next to the Swedish Maritime Museum, by the river, on the 31st!

To be absolutely sure to secure your tickets, a very limited final allocation is

still available to purchase here. However if you fancy your chances at winning the

prize of the summer, here’s how you enter…

To be in with a chance at winning the ultimate prize – flights, accommodation,

and a friend, simply tag who you want to take with you using either Facebook or

Twitter and explain why they are the Centre Of Your Universe!

with a shot. The winner will be announced on the 19th August. Good luck!

Flights, hotel accommodation, tickets to the event and dinner at Axwell’s brand

new restaurant in Stockholm for you and a friend from anywhere in the world!

If that weren’t enough, as part of the official countdown to Where’s The Party,

Check back in with us daily for music posts, reviews, contests and concert info in our Music section!