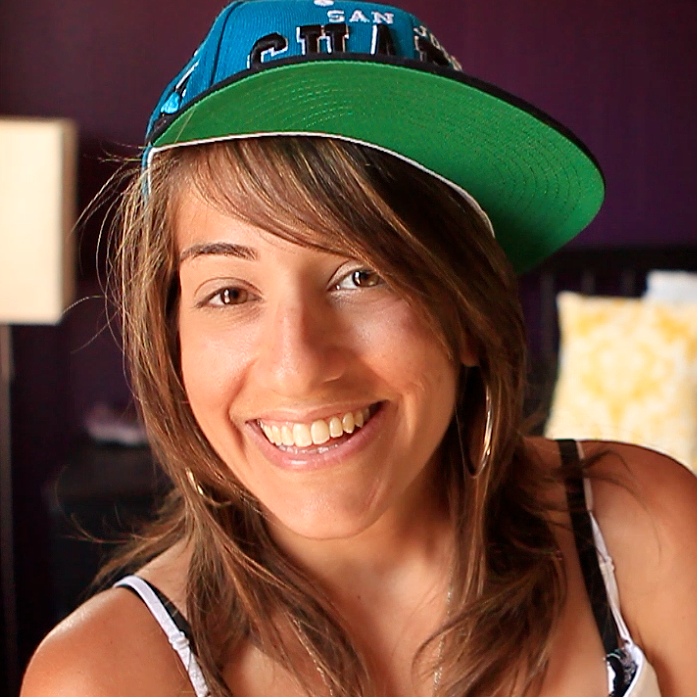 Arielle Scarcella is one of our all-time favorite YouTubers. Every time we tune to her channel, Arielle is Hamming, we’re sure we’ll find some new hilarious way to look at the world, one in which we haven’t seen before. Honest, raw and just downright hilarious, we admire her for loving herself and boosting the self-esteem of her viewers. It also doesn’t hurt that she’s pretty damn sexy and a fan favorite of many of our friends. Even though we feel like we already know her by interacting with her on one side of the computer screen, we wanted to find out more about what inspires her to be so motivating and hilarious for others. Check out what she told us below! 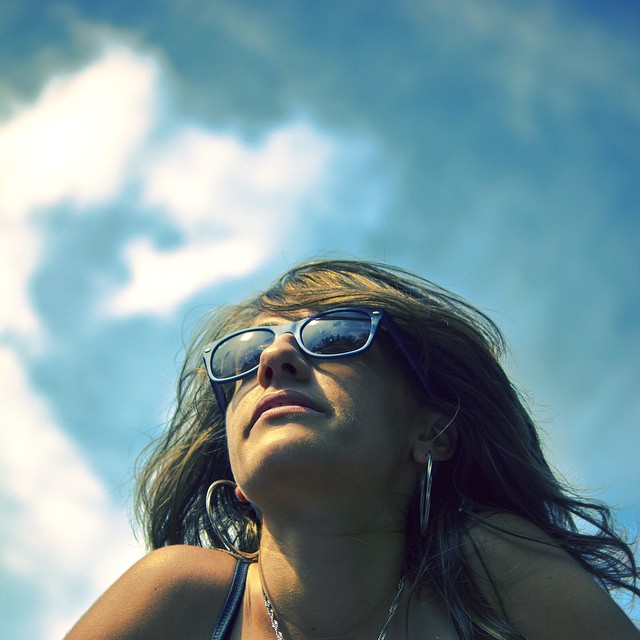 I had just gotten out of a horribly abusive first relationship and I turned to creativity and comedy to feel happy again.

What was the moment you knew you had made it big on YouTube and how long did it take to get there?

I think most people would say I’m big in the LGBT world. I noticed this was a real thing when I made an OK Cupid account and 95% of the messages were from viewers.

What are three opportunities you cherish which have come as a result of your videos?

Meeting amazing friends that are truly changing the world, helping hundreds of thousands of kids be themselves and traveling.

What is it like to have a huge LGBT following and fan base?

It’s easily the most difficult yet most satisfying type of audience to have. We are automatically expected to know more about equal rights, gender identities etc when so much of it is so new a lot of us make mistakes. They LGBT movement in general is still very new and we are very much the faces of it. 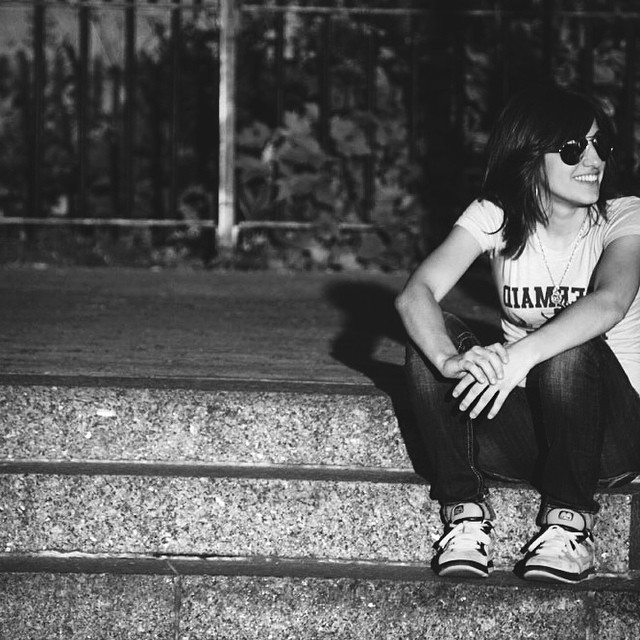 Who are your 5 favorite YouTubers to watch?

I’ve talked about almost everything. One thing I don’t like discussing is falling back into old patterns of behavior that I thought I fixed.

What do you think are the 3 most profound YouTube videos ever made?

“I want to know what it’s like” By Ryan Yezak, “Where the hell is Matt” series and I’m not sure which other ones have impacted me as much as these two.

What are your 3 favorite videos you’ve made on YouTube?

I used to play hockey as a kid. I’m actually quite the introvert. I’m a decent singer (Good enough for YouTube) I have self-esteem issues that I’m still working on. I’m only 5’1.

If you could only listen to 3 CD’s for the rest of your life and they couldn’t be mixed, what would they be?

Have you ever received any fan mail or hate male which really changed your perspective on the impact you have through your videos?

The ones that impacted me the most were when they were given to me in person. It’s easy to forget how many people are actually watching until you see their faces. 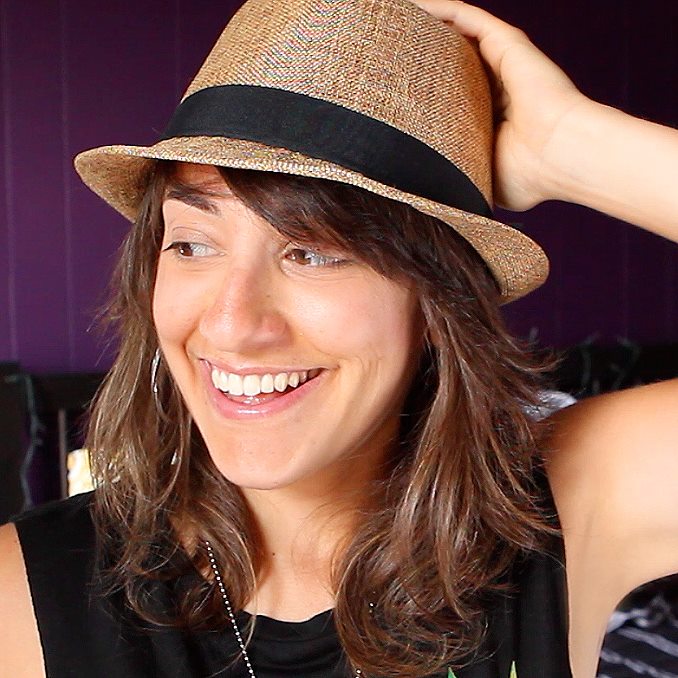 Is there good money to be made on YouTube or through other associated opportunities?

For some, yes. For others it’s not always an easy task. Many companies still don’t feel comfortable associating with LGBT people or with “sexually explicit” content.

Sexy is confidence. I’ve always loved Rachael McAdams. Place on the body to kiss? The neck for sure. It’s sensual and sweet at the same time. Sexiest YouTuber, hmmm…Marie Forleo is so hot that it’s kinda terrifying. Sexist song is anything sung by Miranda Sings.

What book, movie and television show would you suggest to a stranger on a plane?

7 Spiritual Laws of Success, The Secret and hmm TV show Orange is the New Black. 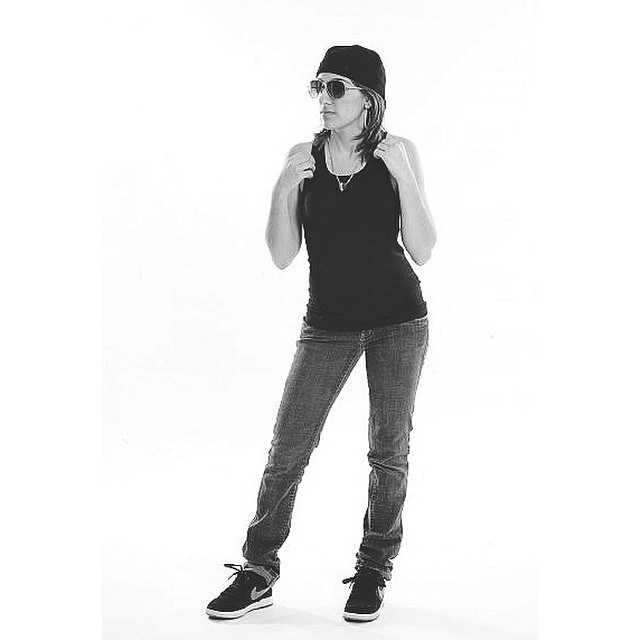 I’d like to say equal rights, but I’m not sure that’s the most important. What I’d really like to see is less hate crimes committed to LGBT people.

What 3 things would you like to have accomplished in the next 10 years?

Find the love of my life, travel more and buy my own home. 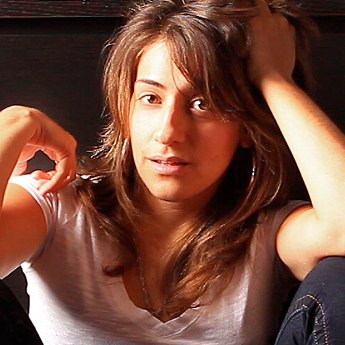 What is too personal to talk about in a YouTube video?

Iced tea, sitting by the water under my favorite bridge and picnics.

Make sure to go to Arielle’s channel and catch up on all of her videos!

Check out all of our other YouTube interviews like Davey Wavey, Tyler Oakley, Michael Buckley and more in our Interview section! 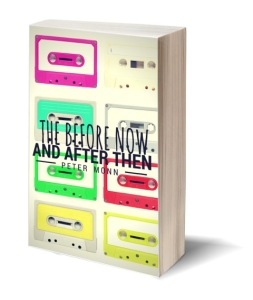