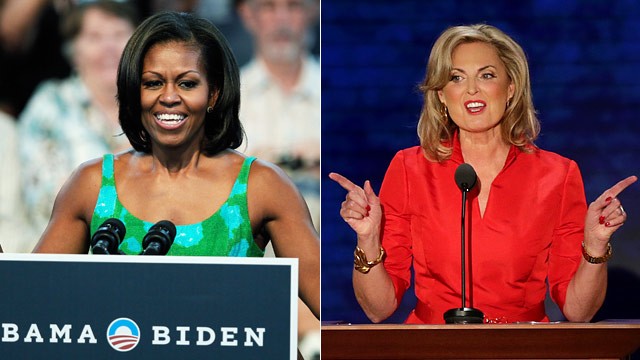 Michelle Obama or Ann Romney for President??? Hmmmm…..Their speeches gave us lots to think about...

Last year we started a little game of Would You Rather on our website, but after offending the Kardashian Klan, we thought we might wrap up the game til a later date.  Well guess what??? That later date is here and we’re ready to play again.  Here’s our question for today!

Imagine that Barack and Mitt had NOTHING to do with the elections and were just simply “husbands” to their power wives.  They wouldn’t be giving speeches at conventions and they wouldn’t be discussing foreign affairs.  No…they would simply be husbands…maybe even househusbands who walk the dog and take care of the kids.  If that were the case WOULD YOU RATHER vote for Michelle Obama or Ann Romney for President???

Leave your comments below and we’ll chime in later in the day and let you know what we think…(You just might be surprised!)