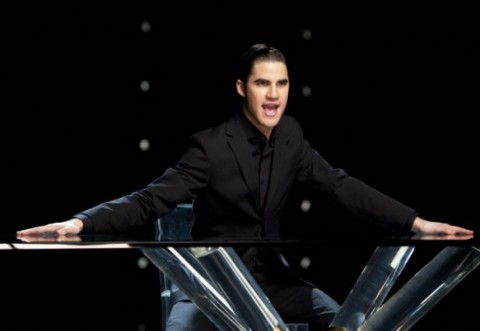 If you’re like us, the kids of Glee have become part of your family, and just like Kurt’s dad, we don’t want to see them leave either.  Tonight’s episode, Dance With Somebody, marked the beginning of the end as the kids began to realize how numbered their days are at McKinley High.  And for us…well…life will go on.

So here’s what happened.  The kids grieved the loss of Whitney Houston and the week was a tribute in her honor.  Will tried to tie this into a learning experience, stating that the kids were grieving Whitney because they couldn’t deal with the pain of their of their own goodbyes from high school.  Some of the songs were amazing(Kurt’s rendition of I Have Nothing was reminiscent of Whitney herself in The Bodyguard and Blaine’s It’s Not Right But It’s Ok was ahhhh-mazing!) The rest of the songs were alright…but that’s ok. Blaine hasn’t been paying much attention to Kurt or giving him any compliments, and apparently they lack any kind of passion(if they can’t find it does it leave much hope for the rest of us? Seriously…does it surprise anyone else they’re not having sex but Brittany and Santana already have a sex tape???), so Kurt begins flirting via text with another gay teen he meets at the music shop.  Ok…we could have sworn the actor playing Chandler was actually YouTube sensation Tyler Oakley…but after much Google-ing found this to be false.  (But wouldn’t that have been great if it had been…he’s probably one of their biggest fans!) After Blaine finds the texts by snooping through Kurt’s phone,(bad boy Blaine)he accuses Kurt of cheating on him.  Kurt doesn’t understand how this is cheating…blah, blah, blah…they end up in Emma’s office and Blaine breaks down and tells Kurt he feels like he’s leaving him behind.  That part was actually pretty endearing and probably one of the best scenes in the show.  Ok, lets see what else…Oh, yeah. Kurt’s dad tells him he’s going to miss him a bunch too(another great scene) and then Puck hands out all these shot glasses to the guys so they remember all of the “broments” they had together.  And finally…Will wants to move the date of the wedding from December to May because he wants to make sure the Glee kids will be able to attend and perform, when in reality, we find that Will is the one who is having the most difficult time with the kids nearing graduation. 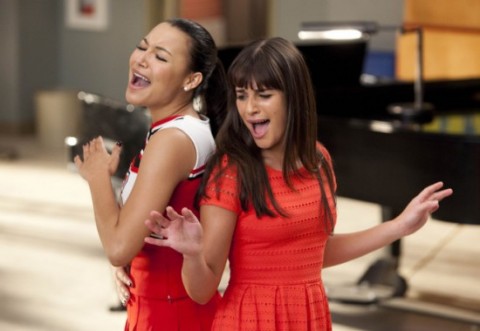 Did anyone else find it interesting that the wedding was originally set in December and Will wants to move it to May?  Have you ever heard of a May-December romance defined as someone being in the spring of their life while the other is in the winter of their life? How many people watching Glee are teenagers and how many are adults, because had we watched it when we were much younger, it would have had a different impact.  At one point in the show, Kurt’s dad makes the comment that things change “once you go out that door” and nothing is the same.  How true that is. All those things our parents and teachers told us about life changing, friends going their separate ways and life moving forward…are true.  The people you know today will most likely not be the people you know 5-10 years from now.

Does that mean we become bitter and jaded and live our lives without any meaning or significance because time beats on and nobody really matters? Hell no.  Life does matter.  Every little second…and Glee is a reminder of that fact.  And as we count down those 42 days, let’s all remember what’s important and treat the people in our life today as if we’re on borrowed time…because like Whitney…they could be gone tomorrow!