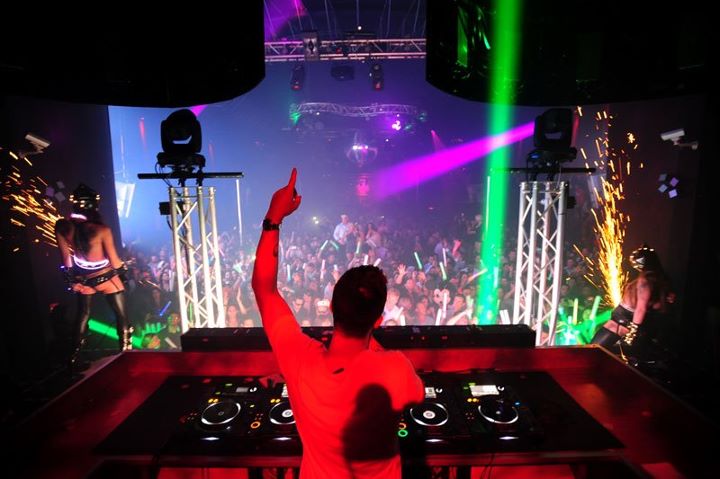 We LOVE Dirty South…absolutely LOVE him!!!! This past Monday we received an e-mail detailing Dirty South‘s just announced North American “City of Dreams” tour.  The dates for the tour, which will span from September through December, were released the same day as his newest single “City of Dreams“, with Alesso, was released exclusively on Beatport.  It will later be released on iTunes and Spotify on September 10th.  The following is a caption from the Press Release as well as the exact tour dates, with more to be released, at the end…as well as the video for his newest single City of Dreams!

LOS ANGELES (August 27, 2012) – In support of the GRAMMY®-nominated DJ, producer and musician Dirty South’s latest track “City of Dreams,” the popular worldwide electronic dance artist has announced his largest North American tour to date, the “City of Dreams” tour. The tour will take him across North America, September through December, and will include stops at such iconic venues as New York City’s Roseland Ballroom on October 20 and Los Angeles’ Palladium on November 24. Tickets will be available tomorrow, August 28 at Noon EDT at www.dirtysouth.com and www.wantickets.com.

Dirty South is continuing to demonstrate the breadth and caliber of his talents not just as a producer and DJ under the moniker Dirty South, but also as a songwriter and musician under the project titled Ruben Haze, a band collaboration between him and Rudy, who champions the vocals on this latest single, “City of Dreams.”  The song, originally composed by Ruben Haze, showcases a softer melodic side of the duo, normally famous for their big-room house sound. Dirty South has teamed up with Alesso on a club rework of the indie track, which is no less than an emotional magnum opus, featuring beautiful builds and aching hooks, called “City of Dreams” with Alesso featuring Ruben Haze.

“Collaborating with Rudy under the alias ‘Ruben Haze’ to write, produce and record the original ‘City of Dreams’ has been a very invigorating special side project,” said Dirty South.  “This new take on the track that Alesso and I have done makes it an even more exceptional single to me.  Working with Alesso on this generated a great amount of synergy and I think that is very much conveyed in this new take. I can’t wait to tour and perform the new track for my amazing fans this fall.”

Dragan Roganovic, known as Dirty South, is a Serbian-born, Australian-based DJ whose acclaimed work has received such honors as a GRAMMY nomination, two ARIA nominations (Australian Music Industry’s top accolade) and a “Best Producer” trophy from the inthemix top 50 awards, among others.  Dirty South has made a name for himself as a producer, musician and DJ in the burgeoning electronic dance music (EDM) scene, having produced, collaborated or remixed for the likes of Snoop Dogg, Pussycat Dolls, Kaskade, U2, Diddy Dirty Money, The Temper Trap, David Guetta, Sebastian Ingrosso and more than 50 artists in total. He got his start at the early age of 13 growing up in Melbourne, Australia, where he currently resides.  Influenced by everything around him, the artist started improvising with his old NEC Hi-Fi and mixing with the tape decks, and then started making bootlegs and mashups, which eventually lead to getting a computer, software and keyboard that resulted in his first official production in 2004 as Dirty South.  The DJ/producer has gone on to play for some of the best clubs and festivals across the globe, including Ultra Music Festival, Pacha in Ibiza and New York, Ministry of Sound and more.  With only a few short years under his belt in the international production scene, Dirty South’s potential to achieve tremendous musical heights seems limitless.

Check out all of our daily music picks, reviews and DJ interviews in our DJ Raannt section!