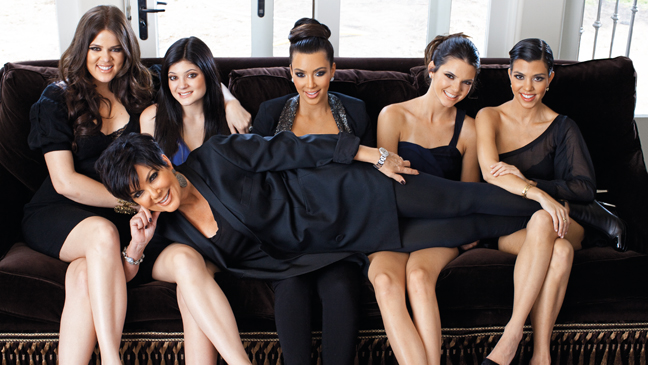 Kim, Khloe, Kourtney, Kris, Rob, Kendall, Kylie, Bruce, Lamar and Mason! Oh My! Do you love them or do you hate them.  Today, people either seem incredibly praising of the Kardashian clan…or incredibly critical, especially of Kim.  Our Twitter feed is filled daily about the Kardashians, mostly by the Kardashians themselves, but also by others making fun of the family.  Jokes about Kim Kardashian’s marriage flood the headlines and get reTweeted constantly.  “The only thing shorter than Kim Kardashian’s marriage is KONY 2012” Although that may be true, enough is enough.  They’re human beings after all and bullying is bullying.  Many might point out that they put themselves in the public eye so they deserve what they get.  Really? Really?

The reality is…people are jealous.  These bitches look incredible…all of the time! They have incredible lives and travel to incredible places.  And although they may seem superficial with their love of fashion, extravagance, etc…below the surface, they remind us of any other family.  No one is that deep all of the time!

Their mother Kris has turned a sex tape scandal and sisterly love into a hundred million dollar industry…all by just being themselves, living their lives and allowing us into their living rooms, literally.  Could you do it? Because, it is a job…a career…a life.  We love these bitches! LOVE THEM! And we think the world has been extremely unkind to them without walking around in their heels.

Would You Rather: Round 3

If you could trade lives with the Kardashians, having the money and luxury they have, at the expense of having your life on television for the entire world, would you?