We are so completely over Facebook right now! Between the election and the second coming of Christ, everyone has left paragraphs about their political and religious beliefs on the walls of Facebook.  Friends have been lost, no one’s poking anymore and we might even get a dislike button.  We’re not too worried.  For the last year, we’ve been completely obsessing over Twitter and Tumblr anyway as our social media outlets du jour, especially Tumblr, where would could spend hours and hours, drinking Starbucks and reblogging pictures of tattoos, beards, style icons and cultural references.  Yep…Twitter and Tumblr are where it’s at these days…(watch out as the moms start getting Tumblr accounts called “SUVSuicide-ation”.  Dark, brooding, mom blogs!)

This week we’ve pick two of our all time favorite Tumblr blogs.  Both, for different reasons, have made a huge impact on Tumblr and are influentially culturally, one maybe without even knowing it. 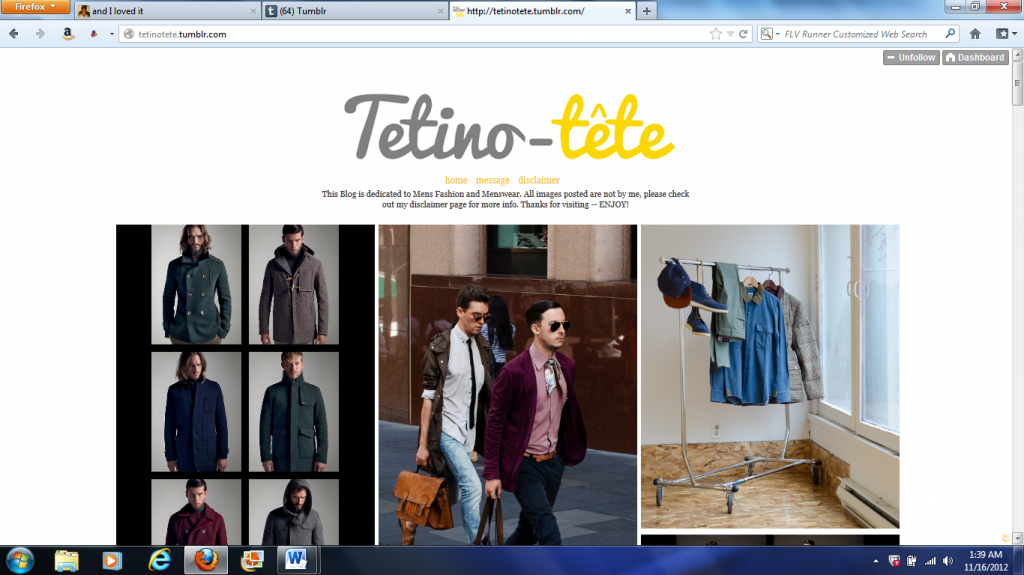 Tetino-tete is hands down one of the most amazing, men’s fashion blogs of all time…and you thought we were good with our daily style reviews and picks! The symmetry between the images and the consistency of always being true to classically good style while keeping up with ever changing trends put Tetino-tete way above the rest.  It is always at the top of men’s style blogs and is, for us, a reference point for inspiration! We love this blog! 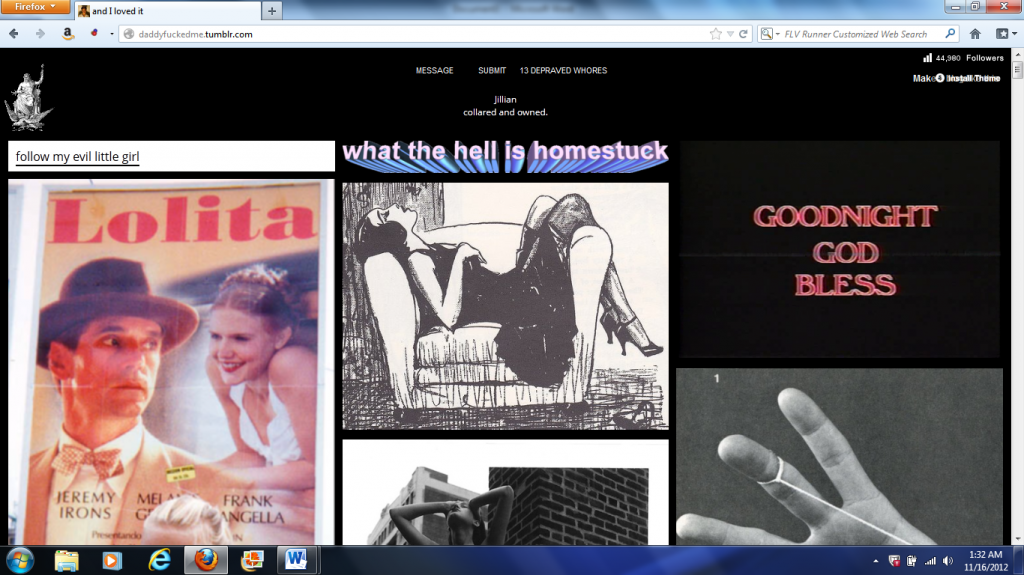 Trust us on this one.  Just follower her.  She is amazing.  While some will be turned off by the title, Daddy Fucked Me is one of the most amazingly creative blogs on Tumblr.  Run by Jillian, her mix of Lolita inspired, black and white pictures mixed with frightening images, pictures never seen anywhere else on Tumblr and always original.  We’ve followed her on our own personal blogs for some time and have never been disappointed.  She’s edgy, unapologetic and dynamic.  Even in her ASK box message, she makes no excuses.  She’s answer her questions when she wants to and lately she hasn’t really been feeling like answering a lot of questions.  If, as so many celebrities tell us in their interviews, that sexiness is equal to confidence, watch out…because Jillian might just be the sexiest of them all.  An no…she doesn’t have sex with her dad…but she does have a protective boyfriend so beware! We love this blog so much and sit drooling over the images she puts together!

Every Friday we’ll be posting our picks for some element of social media, so make sure you follow us and Tweet us so we know to look at you!