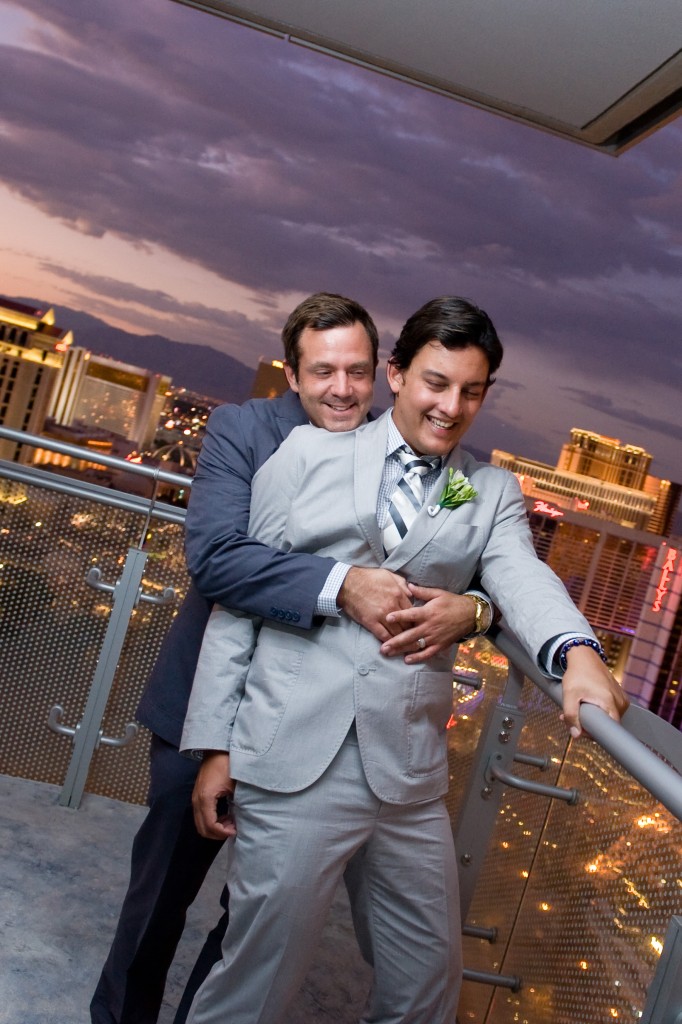 Today, President Obama announced, in an interview for ABC News, that he personally supports same-sex marriage.  I immediately ran off and set up my video camera and made a video, President Obama Supports Same-Sex Marriage…Kinda,  in response to his support, claiming that I wanted to see more action and less talk.  Like most married couples, we don’t always agree.  Over dinner, Alex told me he thought it was a historical moment signifying the first President of the United States to publicly support same-sex marriage.  Alex stated he thought it was a move in the right direction whereas I felt like we were stuck in the mud, waiting to get pulled out.

We were married on August 25th, 2011 surrounded by our friends and families.  We live in a house together, share bills together, have pets together, travel together, love together…and yes, like other married couples, we argue together.  The debate over what is enough or what is too little is found in the the statement made by a friend the other day: Anyone can get married, but not everyone can have a marriage. Well…not anyone as we already know.  We can have a marriage, but we can’t get married; legally.  And isn’t it strange that all over the United States, same-sex couples are having marriages, but can’t get married.

Tonight, I showed Alex one of the most important videos to have been made regarding gay rights: It Could Happen To You.  If you haven’t seen it, I don’t want to tell you anything about it because the power of the story is incredible.  But needless to say, it demonstrates why I have stressed the importance of the legalization of same-sex marriage.  Afterwards, I made the comment to Alex that it saddened me that many same-sex couples don’t have the support we have and that we are lucky our family and friends support us and that we would never suffer the tragedy placed on this couple.  The three words that followed are the reason why the laws must change.

None of us are sure.  As gays and lesbians in the United States we have no protection from bullying, threats and intimidation…even from our own families.  That is why it is time that the talk stops and the laws change.  Hopefully…so no one else has to suffer.

Please watch the video It Could Happen to You.  If not as a learning experience, as a source of gratitude! And we will continue to be grateful every day for our love and our relationship, remembering Tom and all that he stands for! And to Shane, we love you buddy…and we will continue to talk as long as you do! Thank you for reminding us of how blessed we are in our simple lives!