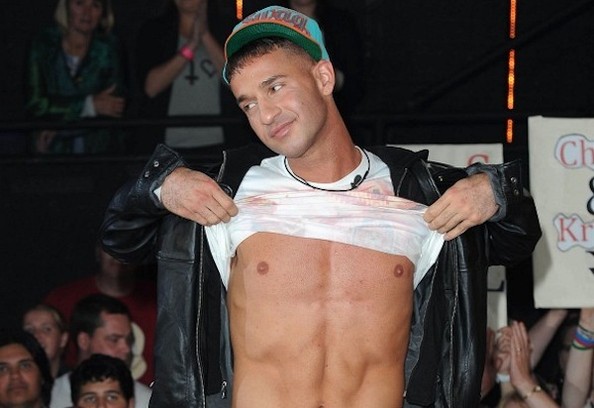 Britain’s version of Celebrity Big Brother has just begun…and guess who we sent??? We could have sent Rebecca Black.  We could have sent Chuy from Chelsea Lately.  We could have even sent Snooki or J Woww…but no…we sent The Situation to represent the US (not officially) in the Celebrity Big Brother House?!?! We are sooooo embarrassed! Why couldn’t we have had that little nugget Chuy in the house??? The Brits should have just handed us the win because after a few weeks of listening to his whiny dribble, his housemates will voluntarily throw in the towel and The Situation will be the victor.  Well Mr. Situation…we have only one thing to say…May the odds be ever in your favor!