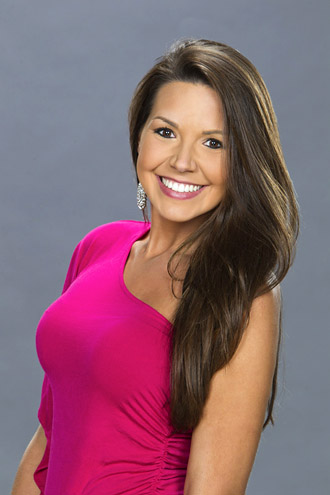 Season 14 of Big Brother is hands down the best season ever…even better than the All-Star Season! On Thursday, the coaches were told that America had voted and were giving them the opportunity to re-enter the game as actual contestants, not coaches.  They were each given an option to hit a special “restart” button in the diary room.  If any one of the four coaches hit the button, the game would be restarted and all four would re-enter the game as contestants.  Surprisingly, arrogant Boogie was the only one who didn’t hit the restart button. This motion set the game back in time, taking Frank and Joe off of the block, and sending all of the contestants into the backyard for a three hour long competition aboard the side of a pirate ship.  At the end, Danielle was the winner, promising Britney and Ian immunity for a week in a comprise for their “jumping ship”.  After her win, Danielle was pummeled by Dan, coach turned ally, and Shane…who congratulated her with an honest, on-air showmance kiss! This led to tons of talk about who to put up on the block(is this really a question????)and Danielle finally nominating Frank(for the 100th time)and Wil(a supposed pawn.) If the next week pans out the way the rest of the season has played out then tons of twists and turns and changes in alliances that not even the fans who watch Big Brother After Dark will have a clue as to who will be booted this week.

Some of our favorite moments from this week:

*Shane kissing Danielle in pool of the pirate ship after her win…awwww…how romantic!

*Dan’s coaching speech to Danielle as she hung on to the side of the pirate ship.

*Wil’s many appearances in the diary room where he claimed he couldn’t trust someone.  Who does he trust?

*Jenn being the only person who noticed Boogie and Frank had gone inside the house during the HOH competion!  This is important because these small observances have indicated past winners.

*Boogie’s statement that he was “offended” because he wasn’t nominated.  “Don’t they know who I am?” GO HOME BOOGIE! No one cares.

What were your favorite moments???? Share them with us below and stay tuned for our next review!