Over the last few seasons of American Horror Story, we’ve had the pleasure to follow Kathy Bates from one controversial character study to the next. The power Kathy Bates has in bringing these characters to life is unreal; we believe them, hate them, love them and hate to love them all within one episode. The list of roles she has studied and performed throughout her career is a recipe for perfection as the probably the most notable female character actress of our time.  We stole her away from the American Horror Story – Freak Show set for a few minutes so that we could chat about this season, her acting process, surviving cancer and her relationship with Jessica Lange, Angela Basset and the AHS cast. Check out our interview with this iconic actress:

What is it that you most identify with in Ethel?

Her authenticity and her strength, her struggle and also since I’m a cancer survivor, although she certainly had the liver cancer. I really identified with that scene in the doctor’s office.

What’s it like working with Angela and Jessica for a second season, and especially because I believe Jessica said this would be her last season and that she’s retiring? Has that added something extra special to the season for you?

I won’t think about it. I don’t want to think about Jessica not being here next year. We’ve gotten to be such close friends now over the last couple of years, and I love her dearly. Working with her is a mystery I never want to solve. Angela, she rocks it. I just saw the trailer on BuzzFeed for Whitney. I’m getting chills now talking about it because I just watched it last night, twice; it looks amazing. I love working with her as an actress, she’s a powerhouse. I love the friendship that we had this year with “Ethel,” and “Desiree” had more to do together with those characters. I think that would’ve been a really interesting arc to explore.

How far in advance did you find out about Ethel’s death, and what was your reaction when you found out how she was going to go?

You know, I really can’t remember. Somebody asked me that the other day. They must have told me, and then I read it in the script. I thought, okay, there it is in black and white. I thought, well, it’s been a good run and we’ll see what happens next; you never know with American Horror Story. It’s weird to see yourself get killed on TV, but I was really happy with the scene between us. It was bittersweet.

What was it like shooting with Evan Peters & Michael Chiklis?

Well, I’ve shot a lot with Evan. I don’t know what it is, but I always forget my lines when I’m working with him. I don’t know if it’s because he’s so cute or when I just get lost in his eyes. When you look into his eyes, working with him, he’s just so real; it just knocks me for a loop. I know it sounds silly saying that. We had a funny scene—well, I can’t tell you about that. Anyway, Michael and I just have a solidity there that I’ve appreciated with him. He’s a sweetheart of a man, and just the opposite of what he looks like. I’ve enjoyed that. I felt like I’ve worked with him before somehow. 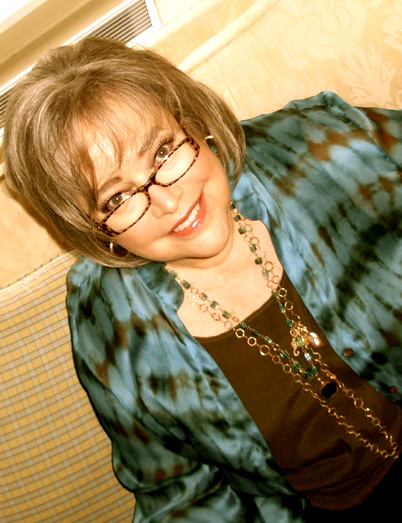 Throughout your career, and then especially with American Horror Story, you’ve played some very powerful roles and sometimes a little controversial. How do you pull that power when it comes to performing these characters, and how do you wind down after it?

Yes. When we’re working, unfortunately it takes me a couple hours to come down at the end of the day because we’re all jacked up. Sometimes it’s 12, 14 hours a day, and you have to just pace yourself. Then, afterwards, when you lose a character—sometimes when you’ve gotten really close with the character, like a friend, like you would in a way, and then you have to move on, you miss that character. I know Sarah Paulson has often mourned “Lana Winters,” not being able to play “Lana Winters” again because that was such a favorite role of hers. Yes, they stay with you; there are some roles for 25 years.

Was there a part of this season that freaked you out a little bit?

I thought what was shocking at the beginning of the first episode was when the freaks went and chopped the policeman up, and I thought, oh dear God, you’ve just shown these wonderful, quirky people and already fallen in love with them and then they go out and do this. “Twisty” was just unbearable, so I guess, in a way, it has been. Because it is set in the real world, I guess—my sister said this, she said, “I’m not scared of goblins and all that stuff.” She said, “But the real world is what scares me”.

What was it like to shoot your final scene with Jessica? Was there a lot of rehearsing? What was the reaction once you guys finally finished it?

Well, relief when we were done. Let me start back at the beginning. When we got the script, and we actually had a couple of meetings with the director on it to talk about the scene itself and how we were going to approach it because on the page it looks like Greek theater; it’s one monologue after another monologue after another monologue. With these kinds of arguments, in real life, it would be people would be talking over each other and all of that kind of stuff. It wasn’t constructed like that, so we couldn’t approach it from that direction.

We did a lot of talking about what was going on in the character’s minds and where they were coming from and would this be enough to—I know one concern from Jessica was, would this be enough for her to turn around and kill Ethel. Then, the shooting of it, oh my, Lord. For some reason it got scheduled on the last day of the week at 11:00 at night. She, especially, was just dragging because she had been working all day and all week.

Then, I had no idea she was going to knock the table over and do all of that. I thought the blocking was good, too. I thought Brad Buecker blocked it very interestingly because she’s got this huge tent; we were circling each other. That’s what we tried to accomplish was, to make those monologues really effective and real, even though they were written as these two titans, Greek gods fighting.

What happens on set after you film your final scene? Are there any goodbye traditions for you?

No, because you’re not sure if you’ve finished the scene. We left that night not knowing if we had to come back and do a couple of pieces or not. No, you don’t say goodbye, you move on.

Out of all the guest stars you worked with this season, who has been your favorite?

Well, I didn’t get to work with Matt Bomer, and I had seen him on Normal Heart and thought he was just wonderful. I’ve seen, of course, Wes. He reminded me that we had met at a party ten years ago. I said to him, “I really want to work with you.” He said, “Now, ten years later we’ve had the chance.” I just loved working with him with “Mordrake.” I was so excited. I thought he did a lovely job with that; trying to create a character who’s not really real or used to be alive, but has that aura of elegant. I just thought he did a wonderful job treading that line.

When you’re not working do you like to watch TV and, if so, what do you watch?

I binge. I just watched The Bletchley Circle. I troll Netflix for interesting movies. I really troll it for Korean, for Italian, French movies. I have to catch up on The Newsroom. A friend of mine, who was the show runner for Six Feet Under—he was not the show runner, he was one of our producers and he produced Newsroom, as well. When I get home I’m going to binge. I’m also a fan of Homeland. It’s not network TV, but it’s more HBO and movies on Netflix.

Check out all of our other celebrity interviews, including Angela Bassett, in our Interview section! \