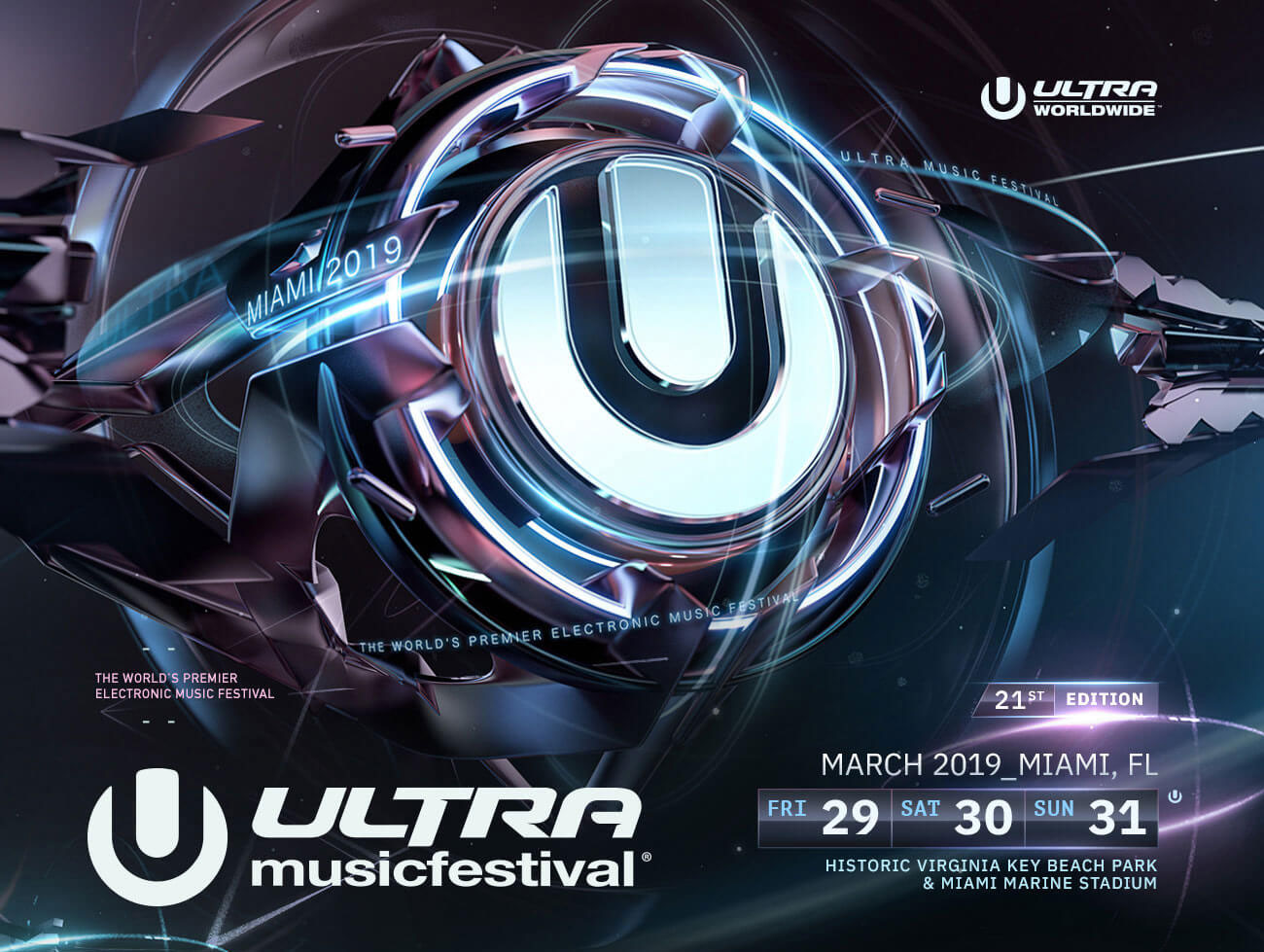 The impending evolution of the World’s Premier Electronic Music Festival is upon us. With a vast new space for fans to explore, the ULTRA experience will be more immersive than ever before.

Just weeks after event organizers announced its move to Historic Virginia Key, Ultra Music Festival has now dropped the first installment of the 2019 lineup ahead of its 21st edition. Featuring world-class, top-tier international talent, Ultra Music Festival will commence its tenure at Miami’s beautiful HistoricVirginia Key Beach Park & Miami Marine Stadium on March 29, 30, and 31 2019. Set to finish two hours later at 2am, the festival will see extended set times and performances throughout, in what promises to be its most expansive edition yet.

RESISTANCE, which, after a year of global domination this year picked up its own accolade as the DJ Awards’ Best Ibiza Night, will return in full force, boasting sets from house and techno’s most in-demand artists, including Adam Beyer, Carl Cox, Jamie Jones B2B Joseph Capriati, Maceo Plex, The Martinez Brothers, and a special B2B for legendary pioneers Sasha & John Digweed. Techno titans Dubfire, Nicole Moudaber, and Paco Osuna will also join forces once more for a rare B3B set. The festival will also see Loco Dice and Richie Hawtin take to the decks in Miami for the first time since 2016 along with techno masterminds and Afterlife label curators Tale of Us. This year RESISTANCE will be hosted on its very own island in the Historic Virginia Key Beach Park, as it takes on a larger role than ever within the festival.

In addition to its staple Main Stage, RESISTANCE and ULTRA Worldwide stage, Ultra Music Festival will debut a brand new Live Arena showcasing a string of live performances from some of the scene’s most iconic names. Galantis, Louis The Child  are just some of the artists that will join the fold. Renowned for their cinematic live performances, ODESZA will be making an emphatic return to ULTRA with a set full of surprises. DJ extraordinaire deadmau5 will premiere his brand new Cube 3.0 stage production, in what will be a mau5 worldwide debut. ILLENIUM will also perform an exclusive debut live show for the 2019 edition.