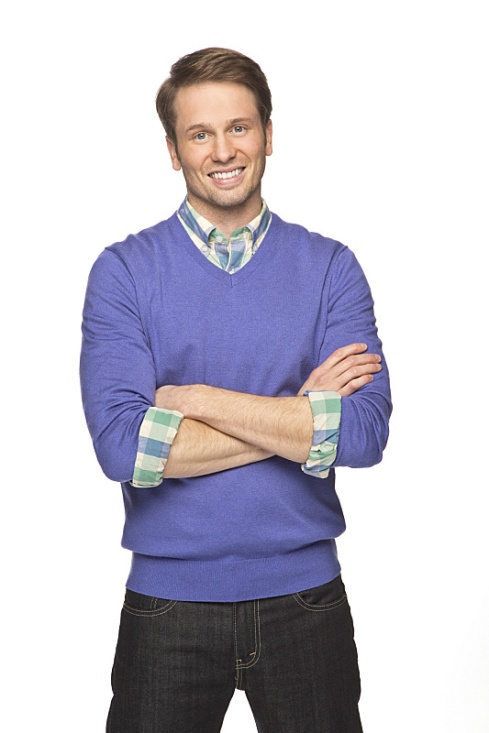 As much as we may love summer… and we really love summer… we look forward to fall for a few reasons; Halloween, sweater weather, Starbucks fall theme drinks and a never ending lineup of TV shows. “The McCarthys” joins the CBS family this fall as its brand new( and only new )comedy this fall and we couldn’t be more excited. Tyler Ritter leads the cast as his character, Ronny McCarthy, finds himself in a particular situation filled with hilarious moments that we can’t wait for. Tyler took out some time from the McCarthy life to chat with us about the show, his character and the rest of the cast! ‘The McCarthys’ premiers Thursday October 30th at 9:30/8:30c.

Describe yourself in five words or less
Curious, grateful, courageous, sometimes hyperbolic..
Introduce us to your new show “The McCarthys”
“The McCarthys” is the new CBS comedy based loosely on the family of our show’s creator, Brian Gallivan. Set in Boston, The McCarthy family simply wants to spend each day together, under one roof, loving their sports games, and hating change. I have the privilege of playing 29 year old Ronny McCarthy, the youngest of four, who is desperately trying to break this routine and discover himself, or at least his first serious boyfriend. Having his mother as a best friend complicates things as you can imagine. He’s determined to break the news to his family members that there’s more to life (for him) than what’s under their roof. It’s clearly not gonna be pretty.
What should CBS fans expect from this new comedy?
Fans should expect to laugh!!! They’ll see a family struggling to communicate their feelings for each other, while never missing an opportunity to drop somebody down a notch. Mercilessly. Fast talkers but slow to pick up on perhaps more sensitive means of expression. Like most families, they sure aren’t perfect, but they’ve got all the right ingredients to cook up something fun and dynamic every week! 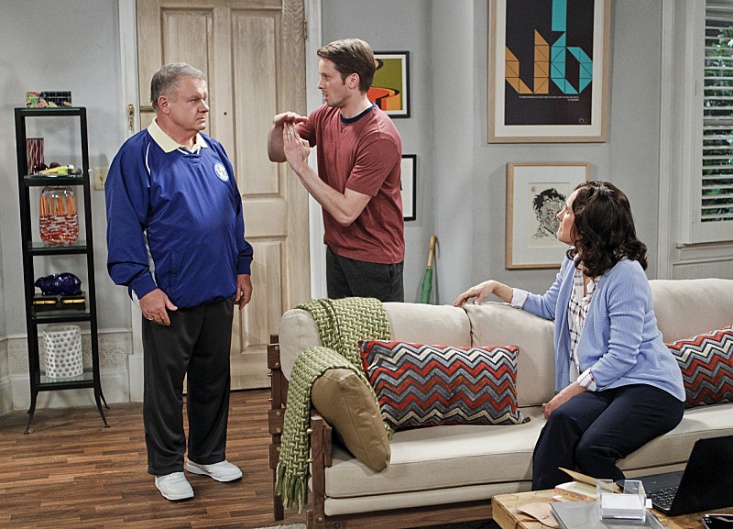 How are you and your character Ronny alike and different?
Ronny and I both grew up in a household full of characters. Never a dull moment, always cared for, and yet for whatever reason shouldering a desire to move away. Some glaring differences here. My family encouraged me to move to Argentina where I spent 3 years in my early twenties. Ronny’s family would shred his passport if he mentioned a road trip to New York, just in case he got any wise ideas. Both of our families encourage open communication, but you can probably guess which one counts feigning illness or bribing as a way to show one’s support. I’m a bigger fan of sports than Ronny, though he has to admit his family is pretty entertaining when a game is on. I taught at a Middle School while Ronny is a High School Guidance Counselor, we were both late bloomers in the love game, and at 29, we both are starting to ask the same questions about when our future familial additions will arrive
Describe each of your cast members using one word:
Kelen Coleman: Versatile
Joey McIntyre: Triple-threat
Jimmy Dunn: Hilarious
Laurie Metcalf: Pro
Jack McGee Paternal(ish) 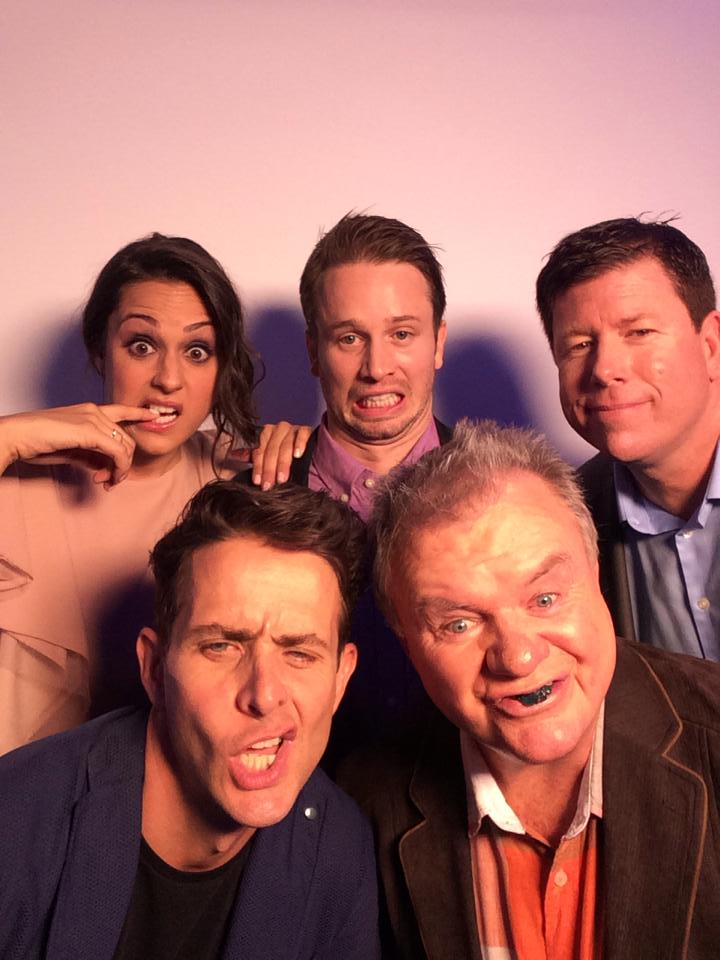 How would you define sexy?
Sexiness for me is that wonderful balance of confidence and humility. It’s something that we all constantly need to work on, always focusing on yourself first while not worrying about what other people think. We’ve all got some unique quality and we need to trust in whatever that is if we are going to channel anything remotely sexy. I mean, I grew up idolizing Prince and it wasn’t until my teen years that I realized I was never gonna bring that kind of sexy to the table. But that doesn’t mean I gave up! I had to find my own Purple Rain and just trust that it was somewhere in my essence (fyi it came to me in the form of “The Robot” dance move so you just never know).
What is the sexiest hotel? City? TV show? Former/Current co-star?
That Ice Hotel in Sweden? Never been myself, but man that thing is sexy. On the other hand, I don’t know how cool I’d feel in 10 layers of wool. A sexy city would be Buenos Aires as it is the very place where I used those aforementioned dance moves to first enchant my wife 7 years ago. TV show? The McCarthys, obviously. And the sexiest co-star…I’m going to take it one step further and say the most beautiful co-star would be Naomi Judd. Talk about embodying confidence and humility all at the same time! Great sense of humor, extreme intelligence, and she really looks you in the eyes. A true gift to work with her! 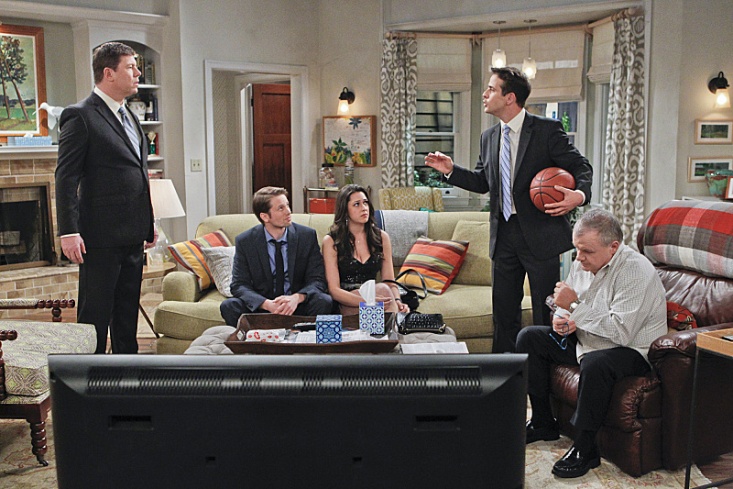 If you could write an episode for “The McCarthys” what would it be about and why?
Title: Ronny finds his Purple Rain. I would love to give a shoutout to my Argentine family by perhaps seducing a young gaucho with some tango moves? That already sounds a bit out there…see, this is why I leave these things to our amazing writers!
What has been your funniest moment while working on “The McCarthys” and why?
Ronny has to make two pretty tough basketball shots in the first episode and nobody thought I had a chance to really make them, including myself. Enough suspense, I made the shots on my first attempt to everyone’s surprise! Literally. We all kind of forgot what to do next. Fortunately, this was also true for our characters so on top of messing up, we got the perfect scene! You just gotta love it when that happens, which usually is never.
What are your three simple luxuries?
7th inning stretch, power naps, mate

“Best new summer read of 2014! Perfect for beside the pool!” 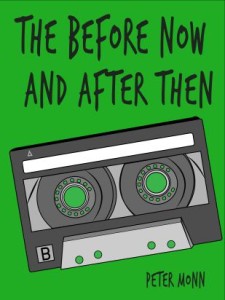