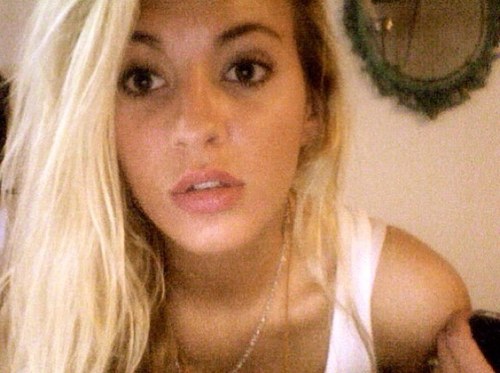 Months ago, we posted a list every Friday of those individuals, just normal folk, who we felt were compellingly affecting pop culture and society by their Twitter, Tumblr, Pinterest, Instagram, YouTube and Facebook accounts and profiles.  What we found was that some people would have a really strong presence on one social media site, but not all…unless they were actually a celebrity or famous presence.

That was…until we tiptoed upon Queen Hippie Bitch! She is gorgeous, hilarious, carefree, creative, stylish and stunning! Not to mention that she Tweets and photographs the most amazing little things that every time she does posts something she receives about 500 ReTweets and Likes.

Her Tumblr blog is a mixture of sensuality, humor, wit and regret…while remaining just insightful enough that she’s always one step ahead of all of the other bloggers.  She is, in a word, original.

If Kurt Cobain, Janis Joplin, James Dean, Giselle and Hunter Thompson had a love child…she would be the beautiful badass toddler!

Check her out and please follow all of her sites:

Please Follow Us to Make Sure You’re Considered for Future #SocialMedia Lists!