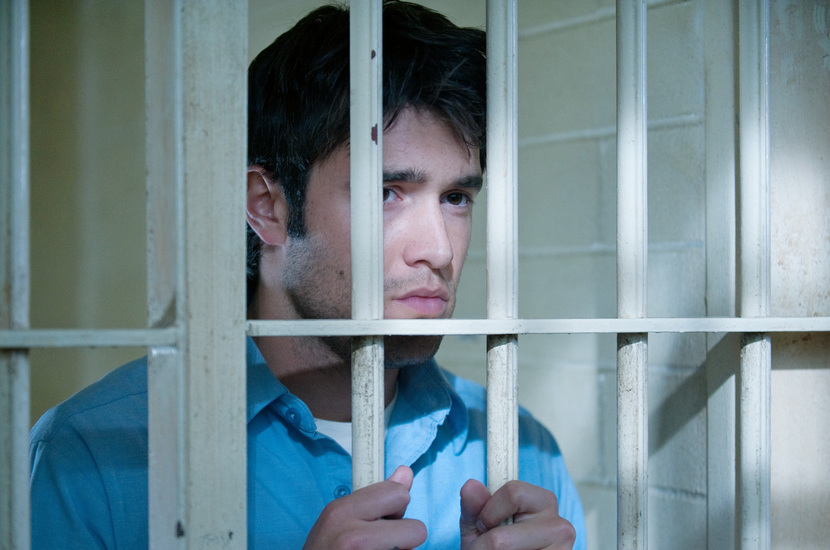 Just when you thought it was safe to go back to the beach…Revenge returned to ABC tonight, bringing along with it a picnic basket of surprises.  While this isn’t a spoiler alert, if you haven’t watched the show yet, don’t read our post until afterwards.  We wouldn’t want to ruin any of the surprises that were lacking from tonight’s episode.

As HUGE fans of Revenge, we love every second, but maybe we’ve become immune to the constant craziness that occurs on one small strip of the Hamptons.  We’ve waited 6 weeks to find out the conclusion of what happened after Daniel’s arrest.  While we’re not attorney’s we’re pretty sure, from our steep education of law via film and television, that most murderers are not granted a bond.  So…leave it to Victoria to have a master plan to get Daniel out of jail.  We seriously need this bitch on our side! If we hired them as our campaign managers we could secure the White House overnight!

And what about old Victoria…or Vicki, as we found out tonight she used to be called in her past, past life. How many past lives does she have, seriously? Madeleine Stowe is 53.  In real time, that means she had Charlotte(except that the actress Christa B. Allen is really 20) at 36 and Daniel at 29.  Meaning…Vicki had a lot of years before to have several past lives.  We can only imagine what else we’ll find out besides an affair with a starving, unsuccessful artist who just happens to be as good looking as actor Gerard Butler and live in a million dollar apartment.  And is he as shady as Victoria? He did scroll through her phone and take her number. Such a stalker.

Poor Mason Treadwell…For being the modern day, Truman Capote of New York, he is undeniably simple.  Throw him a good computer, a room in the West Wing and a couple of wine coolers and the old chap is putty in their hands.  By far one of the best scenes of the night is when he is manipulated into writing the blog The Treadwell Report while Victoria, Emily and Ashley coerce him with an already designed website.  Again…could we please get this bitch on our side to hire someone to design, set up and run our website? And of course, his first post goes viral…overnight…all thanks to Eric van der Woodsen.  Oh wait! We mean, poor boy Declan Porter.  We just can’t get past the similarity between Declan and Serena’s gay brother on Gossip Girl, except for his often fading Jersey accent…(can he please be the next murder to happen in the Hamptons…or at least a haircut.) Maybe his next role is on The Pauly D Project! Let’s hope! 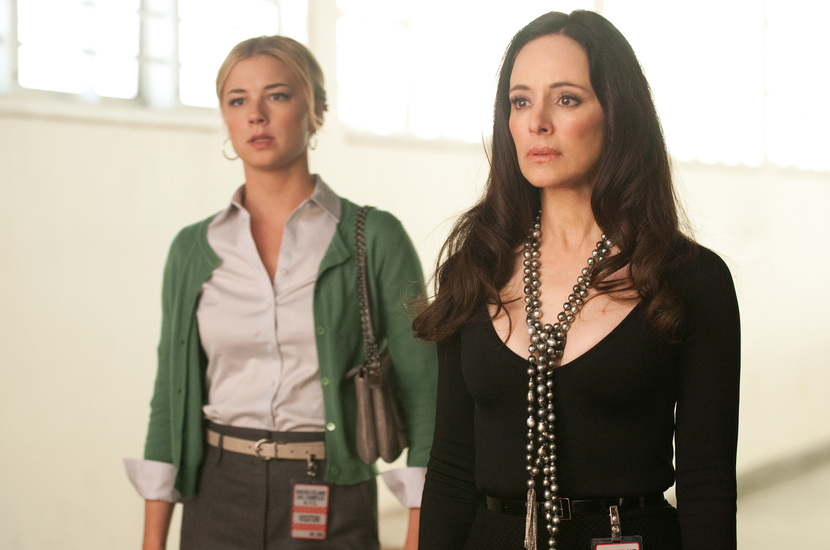 And who is smarter…Victoria or Emily? As tonight proved, their are literally mirror images of each other’s souls.  We’re routing for the possibility of some parental unity.  Could Emily be the daughter Victoria gave up to have the riches of the Hamptons.  Did Victoria and Emily’s father live in a flophouse in the city until they both got rich and got out, unable to display their love for each other? Probably not, but anything’s possibly in Revenge.  Who the hell would think to have their own son beat senseless in jail? Smart move gal, even though we were hoping for a longer shower scene with Daniel, but then again, this isn’t Oz.  And where do you all find these ranshakety bars on the edge of town where sketchy dudes sit around drinking beer all day waiting to be called by mother’s in the Hampton’s to have their son assaulted in prison.

And that is why we love this show so very much….because it is absolutely unreal.  How the hell could Emily take that guy down in the ally.  And what did she mean whispering, “This is for Jack” and then “This is for Daniel”.  Pick a man, girl! Always one step ahead, we were again super impressed with her strategically placing Mason Treadwell in a position to secure her safety.

And what were the rest of our thoughts about the show? Hmmm…are they losing money in their budget because the fashions seemed much less island chic and much more Kohl’s off the rack…especially Emily’s sling-backs…oh my! And what is Charlotte going to do when those 10 pain pills she’s been abusing for over 6 weeks run out?  She’s got about as much gumption as a leap frog.  Oh wait! She’ll run into the city to that bar and buy some pills from that guy Emily beat up…wearing her wig!

Til next time…watch your back!

See all of our TV reviews in our section Raannt Rewind!