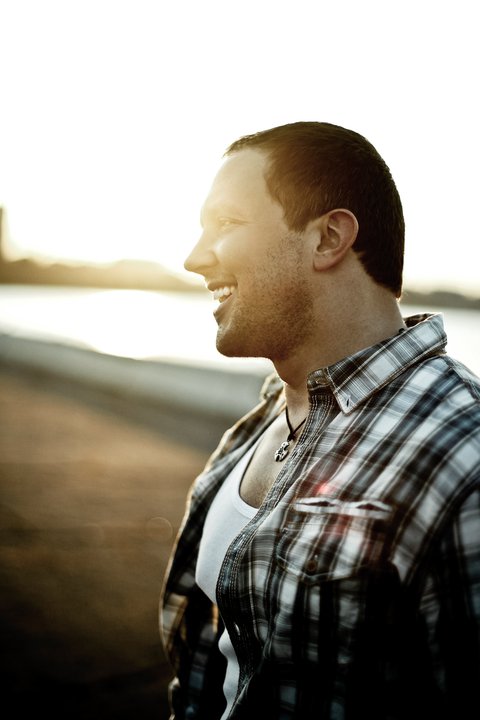 Long before Justin Utley was known as an out, gay ex-Mormon country singer he was a celebrity within the Mormon community itself.  In a previous interview he stated, “I was the Prince of Mormon pop with a couple of albums that did pretty well when I was 15.”  He also explained that he wrote several songs for movies in the Mormon film industry.  Today, he has no ties with the Mormon church, having written his own ex-communication letter and being known also for being outspoken against the Mormon church’s use of conversion therapy, which he endured for two years. He is a renown country music singer in the gay community and his music and activism have been nominated for many awards in the LGBT community including 4 OutMusic Awards, including Best Songwriter and Artist of the Year and winning Best Country/Folk Song of the Year.
All of this makes for a perfectly sound biography attached to the home page of a singer’s website, but that wasn’t what interested us.  Honestly, his music isn’t necessarily what we would pump through our speakers while headed out on a Saturday night.  While watching a video of one of his live performances of his single Stand for Something, we began talking about the difficulties he had faced in his life that got him to the point where he was how headlining at Pride events, winning awards and releasing full albums of music.  If he only spoke out about the Mormon church, that alone would be enough to garner him some recognition from being an activist.  And then we realized what made him different…what made him a star.  Justin Utley wasn’t simply a survivor.  He wasn’t simply an activist or a gay, country singer.  Justin Utley, while singing and smiling to thousands of gay youth, represented hope. 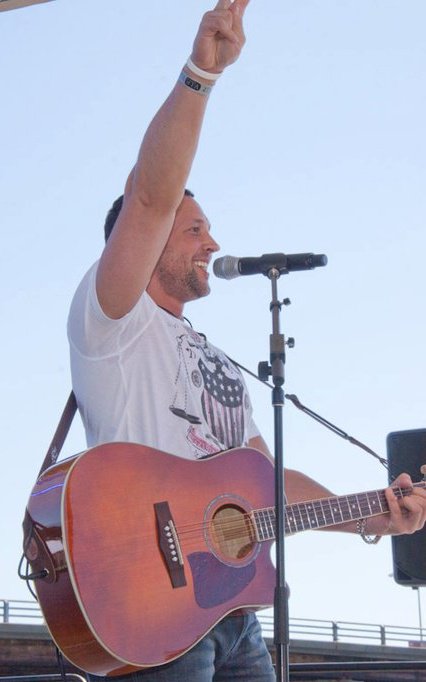 1. Introduce us to Justin Utley and tell us why we should fall in love with you?
I’m 5’10”, brown eyes, 1/2 Sicilian (thanks mom), play guitar and piano, am just as passionate about life and equality as I am about my music, and I speak English and enough Spanish to say “hello I am a missionary from the Church of Jesus Christ of Latter Day Saints”, “where is the bathroom” and “no, mister, I do not want tickets to see the donkey show”. (all phrases I used while a Mormon missionary).
2. When did you first realize you wanted to become a musician? And how would you define your sound?
I started writing my own music while I was in junior high.. It seemed to be my artistic outlet (my brothers and father are all very talented painters).  A lot of what I was experiencing and feeling was reflected in the music I was writing.
As for my “sound”… Some rock/pop, country (but never full ho-down), contemporary, inspirational. Alt Country Rock seems to be the genre that sticks the most. People suggest that if the latter-career Dixie Chicks went Big Love on Daughtry, and their son was raised by Sheryl Crow, Melissa Etheridge, with Rob Thomas as a babysitter…..then you have me.
3. Tell us about your religious experience growing up and how this translates into your music today.
I was raised in a devout Mormon home, baptized at age 8, served my 2 year mission, the works.  I was even on the religion council for my high school and college.  During all this, I was writing my religious-based music, and there are definitely some recurring themes as far as life, the ups and downs, and finding strength that have carried over into my music today.  I think those experiences and emotions are pretty universal.
4. Tell us about your experience with ex-gay therapy.  Do you believe it is a reliable form of therapy?
Ex-gay therapy was the first step in my coming-to-terms with myself so-to-speak.  For the first time I didn’t feel as alone and as isolated as before.  However, the tenets and doctrines of the church also dictate its social science, which on many counts can be severely the opposite of what is emotionally, spiritually, and psychologically sound.  At first, I believed in their therapy (or treatment rather, since they don’t actually call it ex-gay therapy. Its a “condition” called “same gender attraction”.  Its “treated” much like a disorder.. that its a learned behavior or a symptom of a failed childhood).  So, no, not reliable, to say the least.  However, I guess I could say it worked for me.. I realized after 2 years of it that my mom was right.  You can’t fix what isn’t broken.  (Thanks mom) 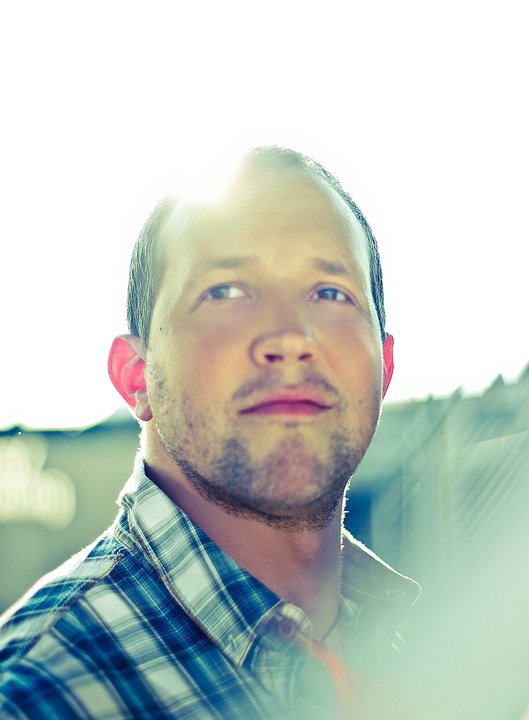 5. How is your relationship with your family today?
It was shaky at first.. both in my perception of how they would react to me both coming out and being so outspoken about my experiences.  But for the most part, my family has been very accepting and supportive.  My dad tells me almost every time we talk that he’s proud of me and what I’m doing.  And that feeling is about as amazing as winning a Grammy. Though, I wouldn’t object if I got one.  No offense Dad.
Though I still have some push back from some of my orthodox Mormon family (who supported Prop 8).  They seem to think its ok to “hate the sin and not the sinner”.  And I have to keep reminding them that phrase isn’t found anywhere in their scriptures, and secondly, the message of Christianity was about love.  Its unfortunate that this “love, live, and let live” belief system only applies within the confines of their own minds and existence and not for the other few billion others on the earth.
6. How does a Mormon boy from Utah end up in New York City?
Great Escape.  Its song #2 on the new album.
7. Why do you believe you receive most of your inspiration, as you’ve stated, from “highly emotional states” and how did this play out in the development of your newest album, “Nothing This Real“?
Some of the best work done by Van Gogh was through tragedy.  Melissa Etheridge’s best work, in my opinion, was her Skin album.  I think when emotions run high, some of the best art is born.  For me, I think some of my best work materialized within that same margin.  For instance, Goodbye Goodbye, from my first album Runaway, was written in about 10 minutes after I’d realized I was being played (by a woman in fact.. yes, this was one of my experiments while in ex-gay therapy).
8. As a songwriter, do you only write for yourself or do you write for other musicians as well?  Who would be your dream musician to write a song for and why?
For the most part, I write for myself.  I’ve collaborated on few occasions with musicians I really connect with musically.  If I could, I would love to write a song for Rob Thomas, the Black Crows, or Gavin Degraw..  (and I know that’s three, and you only asked for one, but variety is good)
9. Are you currently in a relationship? What are three “deal breakers” a potential partner must have or not have in order to be with you?
I am currently and unabashedly not single.   He’s a wonderful guy.  Three deal breakers include:
must be: spontaneous (I’m a Sagittarius)
must have: patience (see answer #1)
must have: knowledge of at least five B-52s songs previous to 1989
10. How would you feel about one of your songs being mixed into a dance mix and played in a club?
Did that.  It was ok.. but then I was asked to PERFORM it.  I didn’t go over well (for me at least). 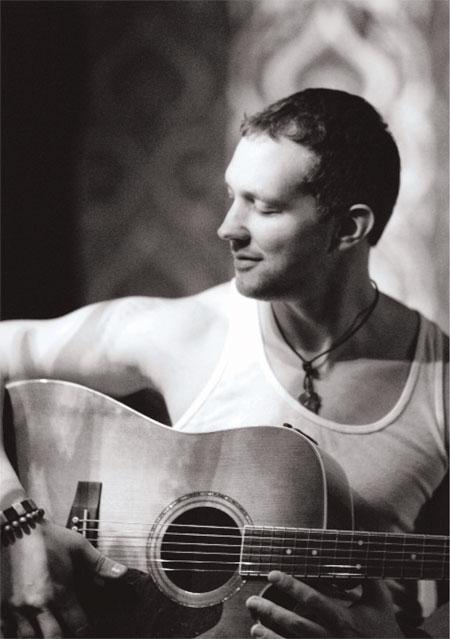 11. If you could collaborate with any three artists alive today, who would you pick?
Dixie Chicks
Tears For Fears  (either Roland and/or Curt)
Muse
12. What advice would you give a Mormon, gay teenager who is afraid of coming out or addressing his or her sexuality?
Your local LGBT center has so many answers and support than you currently have or are even aware exists, and there are people that are going through (and have gone through) exactly the same struggle.
13. What would you tell a non-Mormon to help them understand the struggle a Mormon suffers in deciding to leave the church?
That once you realize your self worth and value isn’t determined by a book of rules or standards, life will become richer, better, and you’ll realize nothing is as real as living life on your own terms.
14. If you carried a purse, what five things would we always find in your purse?
HaHa.  Can I just say this is a kick ass interview!  Lets see..
1. My smartphone
2. Purell (its NYC)
3. My metrocard
4. My passport
5. Guitar picks (I’m always leaving them behind at gigs)
15. How do you define SEXY?
Confidence 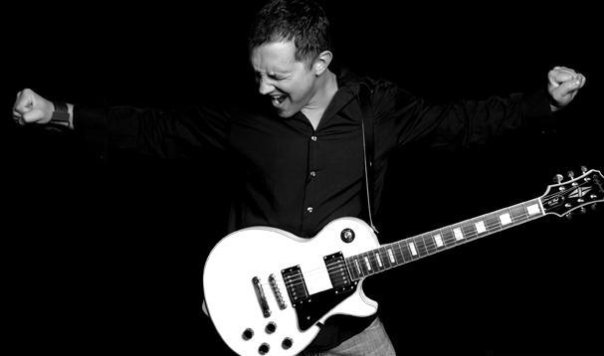 16. What is the sexiest city? Sexiest hotel? Sexiest place to play live? Sexiest place to kiss? Sexiest musical artist?
Sexiest city?  New York
Sexiest place to play live?  As of today, my gig in Stockholm Sweden last year tops that list.
Sexiest place to kiss?  watching the sunset at Shirley Heights, Antigua
Sexiest musical artist?  Meatloaf.  Makes me hungry.
17. What is some random detail we wouldn’t know by looking at you?
I was an accomplished ventriloquist in elementary school.
18. What are your three simple luxuries?
spending a weekend at home in NYC with Joe
19. What is next for Justin Utley?
more gigs, a music video or two, and a new single out at the end of the year. Bring it.
20. Boxers, briefs, jockstrap…or nothing at all?

boxer briefs. Its all about having coverage and support at gigs.

For more info on Justin Utley visit his website HERE!