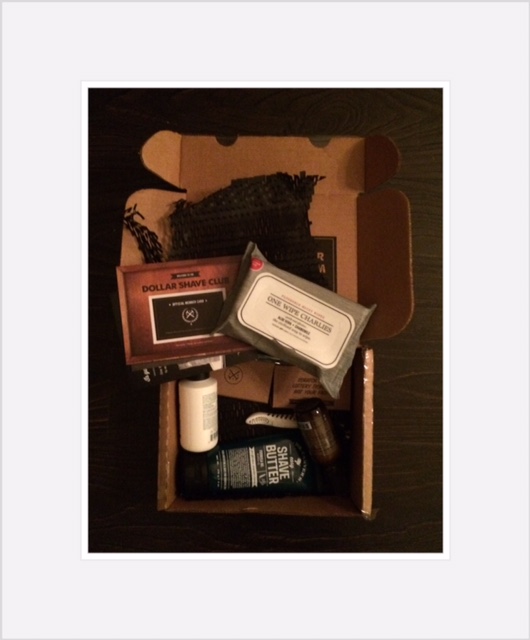 We had been hearing about the Dollar Shave Club for over a year but still hadn’t tried it yet, when we reached out to them and asked if they’d be willing to send us some samples in exchange for a review.  Samples? Uhhh…they sent us an entire box of all of their products.  These were no samples, they were the real thing.  We put the actual picture of what they sent us above so you can see how you get your shave supplies in the mail.

We were so excited we wanted to start, uhh, shaving right away! No, really! Their products are so incredible.  We were absolutely not disappointed and the Dollar Shave Club really does live up to all of the hype.  Their blades are so smooth and actually seem to last quite a while.  The Shave Butter and Post Shave Moisturizer are incredible and after a few days, seem like a necessity.

But…not literally, our favorite thing was the package of One Wipe Charlies! We hadn’t been expecting them to send us a package of “buttwipes”, their word, not ours! Who cares, right, we all need them and they are so perfectly masculine and durable! We love them!

If you haven’t tried the Dollar Shave Club yet or are hesitant, trust us, we’re going to only use them in the future! We absolutely love them and they’re the best thing on the market!

And check out all of our Sexiest Items of the Day HERE and check back to see our next pick tomorrow! 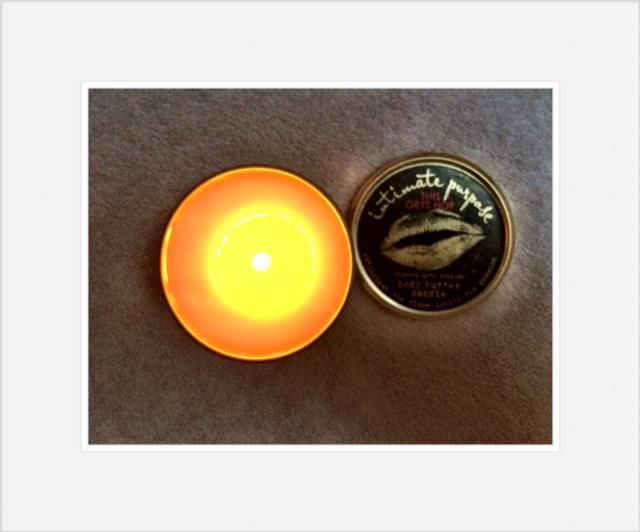 A few weeks ago we ran across an article about a celebrity gifting suite for OWP: Objects With Purpose; The Wearable Candle!   We were so entranced by the creativity of these dual purpose candles that we reached out to creator Ianthe Mauro who sent us one immediately.  We were so excited when it came in the mail and even more excited to find the perfect occasion to use it.

The candle that we were sent was the Intimate Purpose candle, which also doubles as body butter and hot massage oil.  And…without giving you the intimate details, we’re here to tell you that it really does work; amazingly well!

The scent? Imagine laying on a beach all day in St. Barths, drinking drinks thick with freshly squeezed juice and swimming in the ocean, the sun and brightening your skin.  You go back up to your room late in the day for a nap before going out that night.  When you wake up, you realize you have slept into the early evening and the moon is high on the ocean and candles are lit around the room.  They smell like a mix of the tropics, sun, beach…and sexy.  This is what this candle smells like.  Island Sensuality…and we love it.

And let’s make one thing very, very clear; this candle smells expensive.  It comes in a small tin can that can travel anywhere and burns for several hours, only costing $10-$20 depending on the size.  We’re absolutely obsessed! 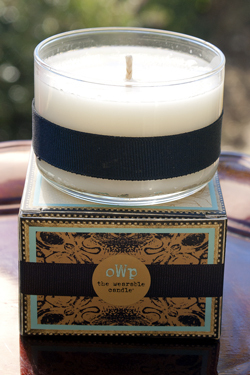 Objects With Meaning also have several other candles including Dirt Rich, Fight or Flight and ‘Twas the Scent Before Christmas, which we’re exceptionally excited about.  In addition, they have roll on perfumes, room sprays and gift baskets.  We’re obsessed and want all of it!

Check out all of the amazing items at Objects With Meaning; The Wearable Candle!

Make sure to check out all of our Sexiest Items of the Day! 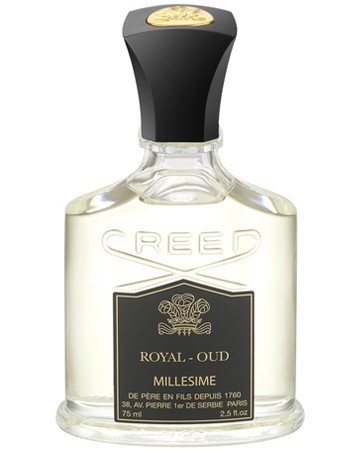