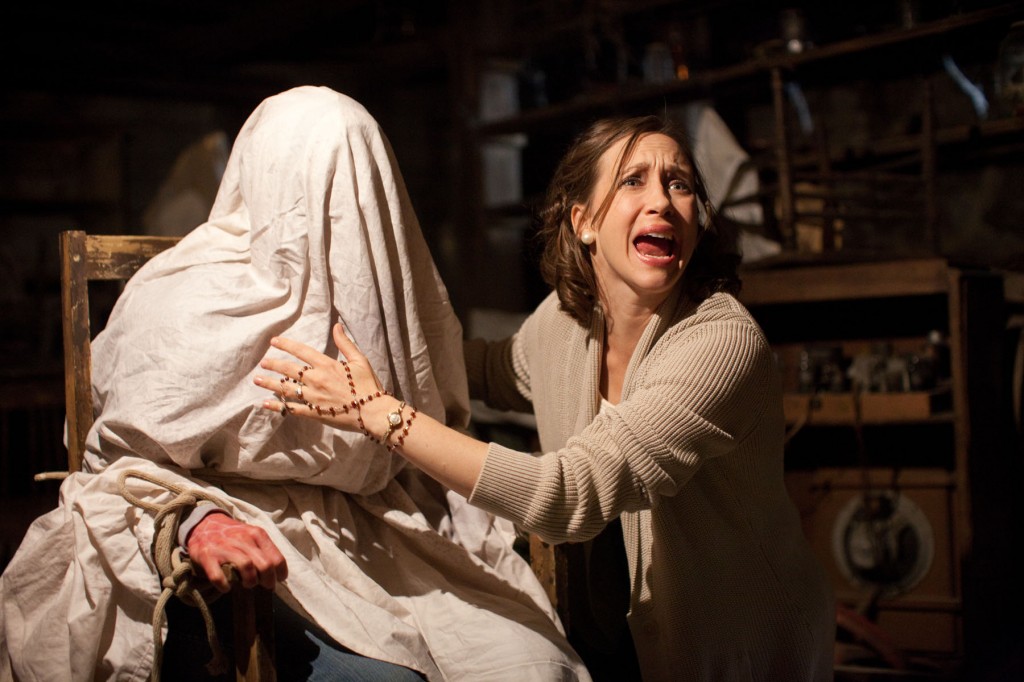 We just got back from seeing The Conjuring, and quite to our amazement, we were impressed with the level to which we were scared.  We say “our amazement” because it doesn’t seem like many movie these days in the horror genre really terrorize us, although we are really excited to see Rob Zombie’s Lords of Salem! He has mastered the craft of horror movies so fine that we are horrified before we even walk into the movie theater.

Which is probably why we were so scared by The Conjuring.  You see…it’s not actually a horror movie.  Even though it’s classified as a “supernatural horror” film, it’s really…well…we’re getting ahead of ourselves.  Let’s take a look at why it’s so scary!

1. The Conjuring is based on a real story.  Period.  We knew this before we saw the film, so we weren’t surprised when the film unfolded more like a docudrama than a predictable horror movie.  Save for the five people in the front row at the theater who thought they were at a comedy, the movie was terrifying because watching it, you knew it had really been experienced.  To find out more about the Warrens, go read their page HERE at the New England Society for Psychic Research.  If the music alone doesn’t terrify you…than you have no scare sensor! 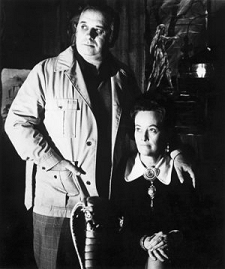 2.  The Conjuring has real unexpected suspenseful scenarios non-stop throughout the film.  This film is, in actuality, a docudrama about incidents which happened to a real family.  Although much like The Amityville Horror, which the Warrens were also best known for being involved, it plays out as a much scarier, realistic version.  Don’t get us wrong, there are definite horror elements which make it part of that genre, but it is really the suspense of the film that keeps the pulse thumping! 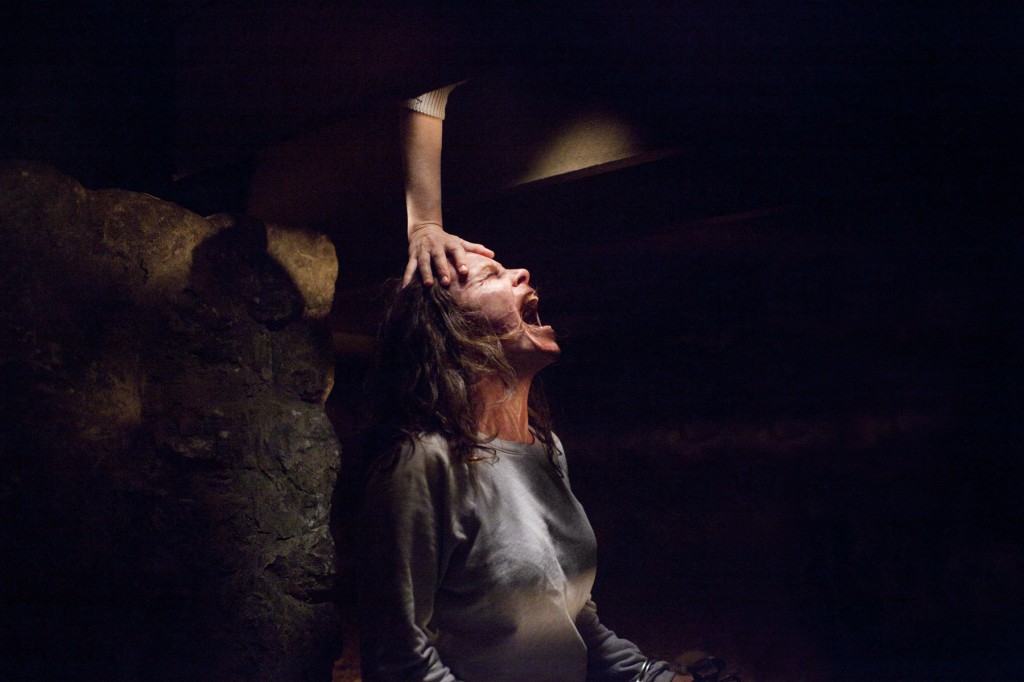 3. The film makes good use of old school terror tactics such as clowns and dolls…and even ghosts in sheets.  We can’t really tell you more about this one without ruining the movie, but much like the scene of the clown doll in Poltergeist, The Conjuring utilize peoople’s fears of dolls, chairs, rocking chairs, basements…you name it, in the most suspenseful ways.  What we mean is that they aren’t just cheesy additives like in some films.  Trust us…you will never look at one of those wind-up music boxes the same way again. 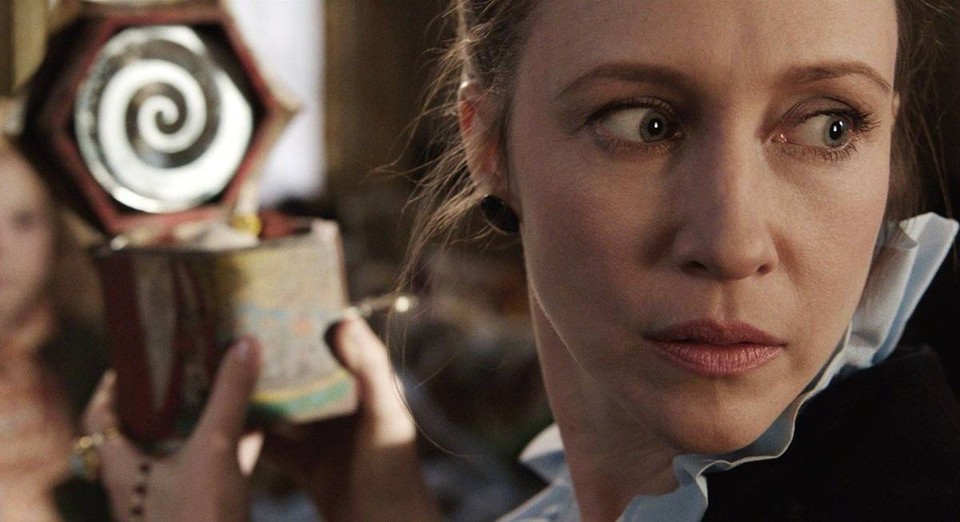 4. The movie is not predictable.  Although there are a lot of scenes where you have a pretty good idea what’s coming next, the movie never takes you exactly where you think it’s going to go.  There are several scenes which we honestly just did not expect in the film.  People backing into stuff.  People being pulled.  Be aware of one thing: this film is about a demonic possession and it’s affect on a family, so if you have any issues with religiosity or exorcisms, this probably isn’t the movie for you.

5. You will never guess the end of the movie.  Well…that’s not entirely true.  After you watch the film, you have a pretty good idea where it’s going and you  know it’ll end up in an exorcism.  But what is not made clear, is that it is probably one of the best and scariest exorcism scenes in any movie…ever.  And it’s not even that long of a scene.  We can’t say any more than that or we’ll ruin it. 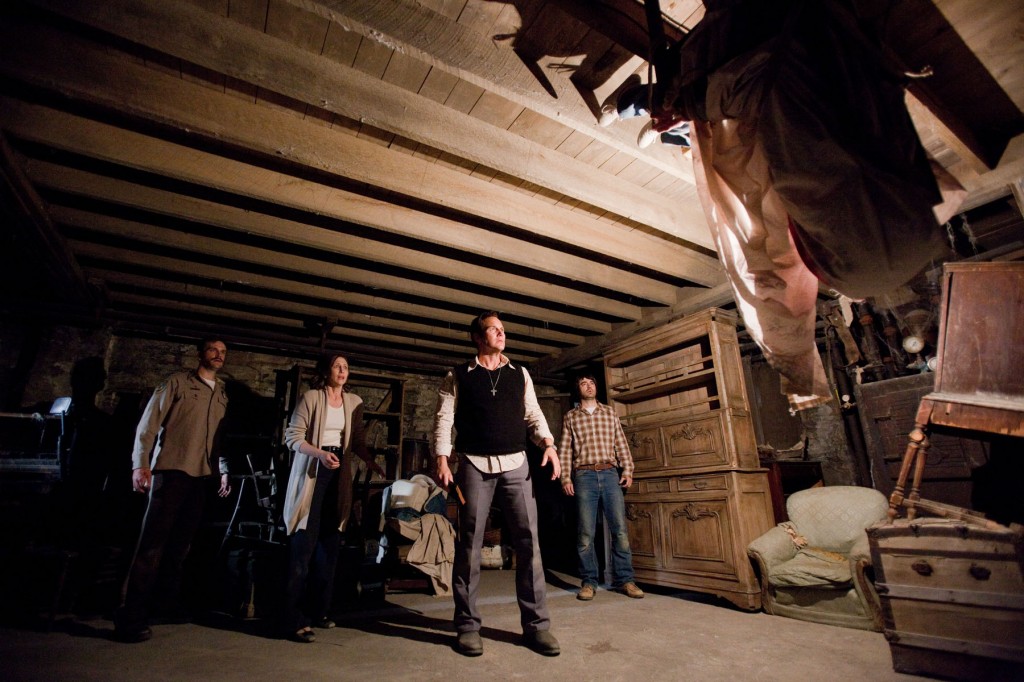 Do yourself a favor…go see this movie.  Actually, before you do that, go visit The Warrens page at the New England Society for Psychic Research.  Watch all of their videos, like one below, and then go see the movie.  It will make it so much better! Trust us!

Check back in with us for regular movie, film and music reviews!